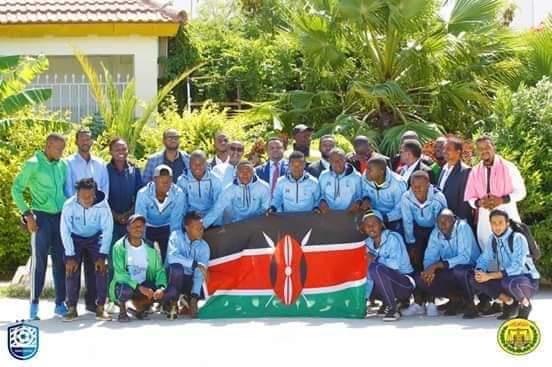 Football Kenya Federation Division One side Sindo United have confrimed an international friendly match against the Somaliland National Team slated for Friday, December 20.

The match according to a Facebook post by Sindo United is aimed to create awareness of Somaliland’s football, “As an autonomous country that is not recognized by most sporting bodies, our match against Somaliland National Team is aimed at telling the world that the youths in Somaliland deserve a sporting chance, and that they have a national team too.”

Sindo earned promotion to Division One which is the third tier in Kenyan football last season after competing in the Homa Bay County League.

The Homa Bay based club are currently 10th in the league with 13 points from nine games, seven points behind Soy United who lead the standings.