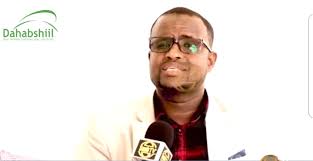 He called upon the government to immediately release UCID interior secretary without further conditions.

Yusuf Keyse argued that the charges against his colleague should be dismissed since the speaker of the House of Representative withdrew his defamation charges that he lodged at the persecutors office.

The defense lawyers of Mr. Ramaah had quit on Thursday over irregularities in the lawsuit against their client.

The lawyers revealed that Ramaah’s case has been ended with the plaintiff-the speaker of the house of Reps, Bashe who had withdrew the defamation charges against Ramaah.

The office of the Prosecutor General charged Ramaah with three criminal counts, the phrase relating to sedition and propagating false reports against government agencies.

The third allegations is defaming against the House Speaker of Reps, Bashe. The charges came one day after the speaker declared that he had pardoned and dropped against Ramaah’s charges.

On the other hand, Yusuf, alleged that the gov’t is using the judicial system to harass and intimate the opposition groups.

He lamented that the director Generals are threatening people with lawsuits.