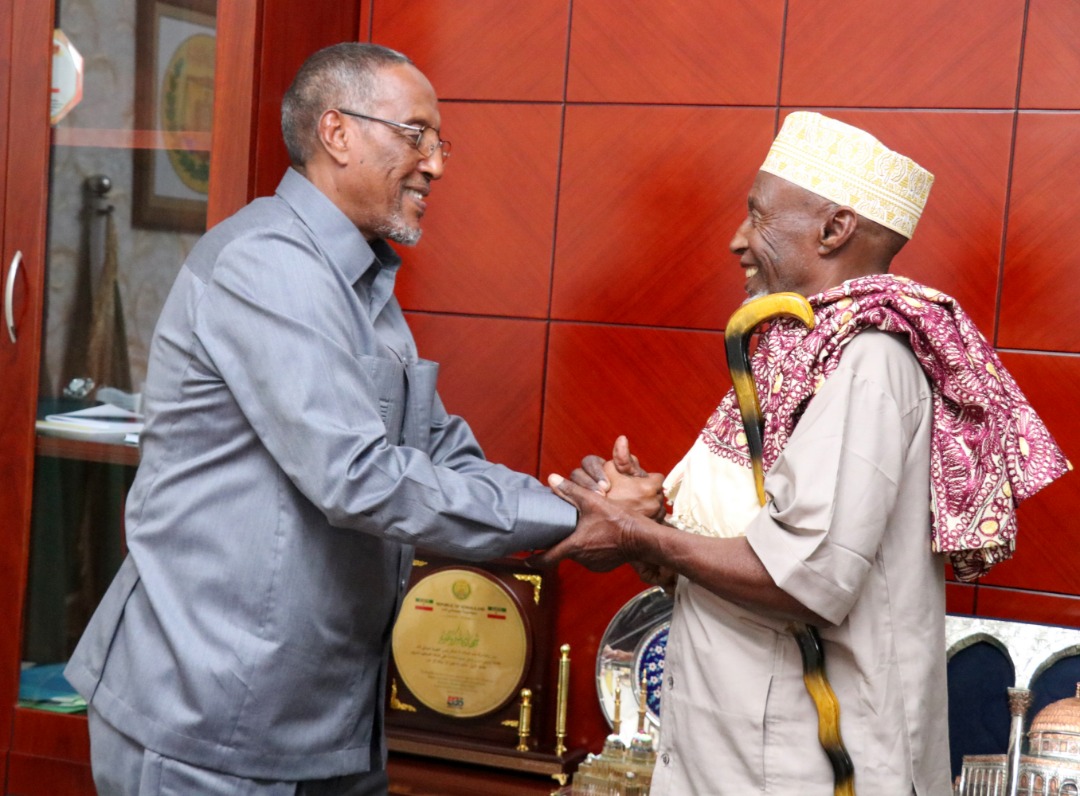 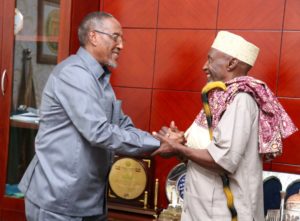 Jama Mohamed Ismail is a father who lost three sons in recent clan related clashes in far-east of Somaliland. The government and civil societies swiftly ended the conflict.

The authorities and civil societies were worried over possible revengeattack by Ismail’s tribe, as the revenge killing is widely practice between the Somali nomads.However, Ismail has introduced new quality of forgiveness between the clashing clans. He instructed his tribesmen to lay down weapons and embrace peace.

He did not enjoy conflict and interaction with those who like to cause trouble between the clans. He forced the warmongers to keep their opinion to themselves.

Ismail chose his words wisely and promoted peace between the tribesmen of the region. This has shocked others, who expected revenge attack from Ismail’s family. His opponents realized the power of love and forgiveness. He airedpeaceful and wise words on the national television of Somaliland, and explained the tongue is a fire that can set light on a great forest.

Just like other peacemakers, Ismail believes in that conflict and restless spirits are very prevalent in our region, and decided to take the lead for new era of peaceful approach to life and to conflicts. He combined all characteristics of peacemakers and he possess rare breed in these part of the world.

Ismail is not peacekeeper but a peace maker, after he approached his opponents and forgave them. He will receive the financial support called ‘DIYA’ in Islam from opponents.

This man is honored to be God’s Man.  He is someone who understand, as Muslim, that Islam promotes peaceful coexistence. He practically preached the teachings of Prophet Mohamed (PBUH) that spread love and generosity between the humankind.  This man is the winner of Somaliland’s Noble Peace Prize.

As usual, the Ismail’s kinsmen took up the arms and prepared for retaliation against other clan who killed the three sons. However, in a move first of its kind in the horn of African history, Ismail instructed the tribesmen to put down guns and embrace forgiveness.

During a televised interview, Ismail raised concern over the families of the diseased three sons, who make more than 20 children.  The average Somali family is about eight members.

The elected President of Somaliland Muse Biixiconfirmed to Ismail that state will sponsor the children of the diseased sons, during a meeting with Ismail at the Presidential Palace.

Some called Ismail ‘coward’ but Biixi praised Ismail and called other tribes to follow his footstep.

This is the quality of Somaliland culture based democracy that caught the world in a surprise, starting from building modern nation to hosting free and fair elections which is rare in the region.

The world need to accept Somaliland as a nation, and other east African national should learn the democracy and good governance from the people of Somaliland.