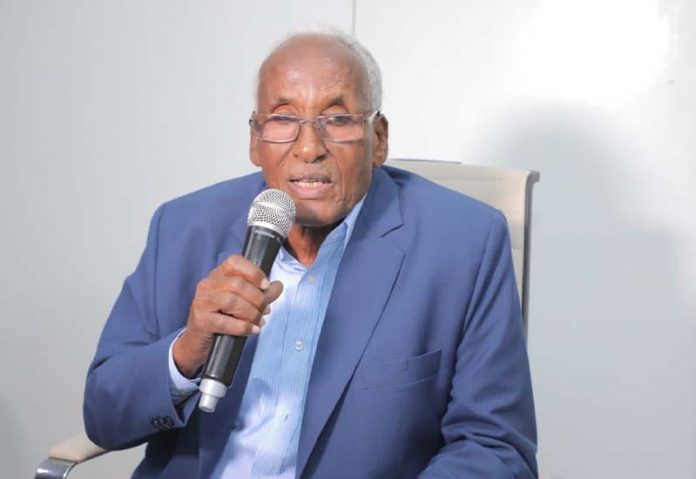 Interim speaker of Somalia’s parliament Abdisalan Haji Liban Dhaban’ad said on Monday night that government’s security forces had attacked a hotel where swearing in of new MPs was underway.

Mr Dhaban’ad attended a ceremony held to swear in new MPs, who have been recently elected in the town of Elwak in Gedo region, in a process opposed by supporters of the incumbent President Mohamed Abdullahi Mohamed, who have chosen parliamentarians in a parallel vote in the town of Garbaharey.

Somali parliament has refused to accredit MPs chosen in Garbaharey and interim speaker said they had sworn in parliamentarians with certificates from the chairman of the electoral board.

Videos circulated online showed members of the National Intelligence and Security Agency (NISA) disarmed and arrested by the African Union troops in Somalia shortly after they had opened fire to disrupt the ceremony.

Interim speaker of parliament labeled the assault as an attempt to block parliament from going ahead with the conduct of remaining elections, including those for the positions of speaker and deputies.

He added that a mortar attack had been launched on parliament and gunfire was used to destroy air conditioning system at Villa Hargeisa complex, leaving MPs to swelter during speeches by candidates vying for the leadership of parliament.

Security forces blocked efforts to hold the swearing in of new MPs at parliament compound and police chief Abdi Hassan Hijar denied MPs to hold their sessions in the heavily fortified Afisyoni camp, an area under the protection of AU peacekeepers, Dhaban’ad added.