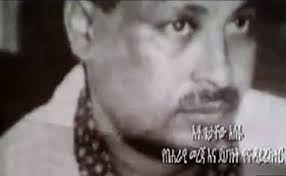 As the ruling coalition (EPRDF) 36-member executive committee (it is the highest government body of the party) continues its meeting for a second day, reports emerged today that an arrest warrant has been issued on Getachew Assefa.

He was head of National Intelligence and Security Agency (NISA) for many years until he was removed from his position months after the ruling coalition picked Abiy Ahmed as prime minister.

In a breaking news coverage today, US based Ethiopian Satellite Television (ESAT) cited sources to report that Getachew Assefa is not attending EPRDF executive committee meeting and has left the country.

ESAT added that the former intelligence chief spent about a month in hotel in Mekelle, which is not named, before he fled the country to Sudan.

Some members of Tigray regional police reportedly facilitated his escape. Yet, the source did not publish further details as to how and when he fled Ethiopia.

From the report, arrangement was also made for his family members to leave Ethiopia earlier.

Getachew Assefa, who is one of the nine executive members of Tigray People’s Liberation Front (TPLF) and a member of EPRDF executive committee, is implicated in numerous serious crimes including ethnic based violence in different parts of Ethiopia.

On July 31, about 45 Federal police members were detained up on arrival at Mekelle international airport tasked with arresting alleged criminals and it was this week that Tigray regional government released them.