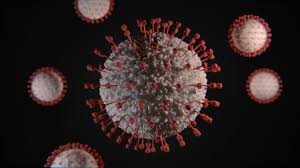 Financial Sector stakeholders have called  on government of Somalia to intervene to mitigate the economic impacts of the coronavirus on the Somalia economy.

A joint report titled The   Impact of COVID19 on Somalia economy by the Somalia Bankers Association and Gargaara projects that real GDP growth in 2020 is estimated to shrink by 5.3 percent . Several factors have been attributed to this

Diaspora remittances: Somalia receives an estimated US$2 billion per year in remittances from the diaspora, exceeding official aid. Remittance services have provided a lifeline for the majority of households as they mitigate vulnerability and sustain livelihoods among the population through timely cash payments. With most economies in the UK, US, Saudi Arabia, and African markets on lockdown, movements have been restricted, and businesses shut down. Remittance is expected to go down, owing to the decline in economic activities. This reduction, coupled with increased prices of household items, might see a reduction in funds inflow into the country. The flight restriction from major markets in the US and Europe further disrupted the flow of funds from money transfer businesses (MTB).

Aviation, Port, and Road Transport: Over 1000 travelers use air transport daily in Somalia for local and international travel. International operators like Turkish Airlines, Kenya Airways, Ethiopia Airlines, Uganda Airlines, and Qatar Airlines, together with the local players such as Freedom, Daalo, and Jubba Airlines, ply the route. The lockdowns have seen a reduction in revenues to the aviation industry, which also greatly contributes to the economic activities. Somalia’s smaller airlines with low margins and smaller cash reserves are at more risk and have been hit the hardest.  Similarly, ports and other transports would see reduced traffic following the slow down in trade financing. Movement of people, goods, and foodstuff will be curtailed, increasing economic slowdown, loss of income for thousands of employees.

Agriculture and Livestock: Agriculture is the most important sector, with livestock normally accounting for about 40 percent of GDP and more than 50 percent of export earnings. Economic activity is estimated to have increased by 2.4 percent in 2018 because of growth in the agriculture, construction, and telecommunications sector. The virus will affect the country’s exports of livestock and agricultural goods mainly because of reduced consumer spending as well as shutdowns in destination markets. The imposition of a ban on pilgrimages to Saudi- Arabia, which attracts at least 2 million people, will affect foreign earning into the economy by 35 percent.

The stakeholders have proposed the following

Liquidity Provision: Central Bank of Somalia (CBS) and development partners should provide liquidity and play the “lender of last resort” role. For a dollarized economy, it’s difficult for the CBS to act as lender of the last resort, and would require collaboration with development partners to provide liquidity to small and medium-sized enterprises.

Flow of  Funds:  Due to the challenges in the corresponding accounts and travel restrictions, funds inflows and outflows is becoming extremely difficult. CBS, along with International Financial Institutions should seek alternative channels to ensure continued flows of funds into the country. The Federal government to play an active role in convincing their counterparts to give remittance companies access to their financial institutions.

Trade financing: Challenges in the flows of funds is exerting higher pressure on imports and export. Also, the reduction of remittance flows would lower household income and consumption. Remittance is 27 percent of the GDP – hence would have a significant impact on the livelihoods of millions of Somalis. Financial Institutions are working with GARGAARA and development partners to arrange emergency loans to facilitate continued imports of basic foodstuff and medicine. Most importantly, the Somalia government shall secure safe corridors for trade movements, especially for essentials such as food and medicine.

Fiscal space: Instead of solely relying on non-existent monetary measures, there is a need for more inclusive and innovative fiscal policy measures. These measures shall include increased transfers to households, tax relief to families and firms, increased support to subnational governments. This may not be very easy in Somalia, but there a need to create much needed fisca.