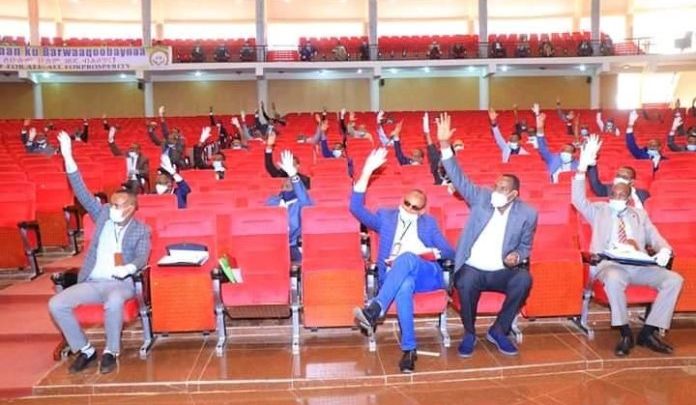 Ethiopia’s Somali state parliament has fired 12 members of the parliament after a motion of confidence was tabled which caused in the parliament building.The dismissed MP’s planned to submit a motion to parliament to dismiss the regional state leaders. After the speaker refused the motion, the 12 MP’s tried to cause unrest by disrupting the session. The security forces have intervened and stormed the building and clashed with MP’s. Police were deployed in the main streets of Jigjiga. The parliament lost its speaker. Lawmakers wanted to choose a new speaker but the state government obstructed.