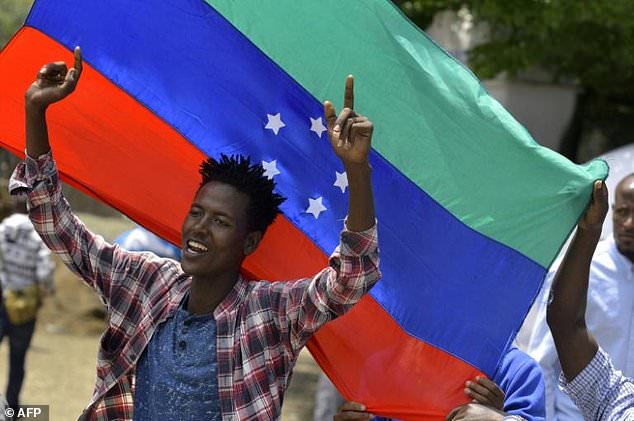 The green, blue and red flag of the Sidama people flutters defiantly above government buildings in a southern Ethiopian city where leaders are on the brink of declaring a breakaway region.

The Sidama say they plan to unilaterally declare their own federal state this week — a move analysts say could inflame Ethiopia’s political crisis and lead to bloodshed.

In Hawassa, the would-be capital of the proposed state, motorbike riders blared their horns on Monday as young men ran through the streets waving flags and singing songs in anticipation of the announcement.

The feared showdown touches on the issue of autonomy — the bedrock of a federal system designed to provide widespread ethnic self-rule in a hugely diverse country.

At present, Ethiopia is partitioned into nine semi-autonomous regions. The constitution requires the government to organise a referendum for any ethnic group that wants to form a new entity.

But his government has dithered on responding to the request for a referendum. Under the constitution, the vote must be held within a year — a deadline that expires Thursday.

“If the government does not come back with a decision on this by Thursday, we will enforce the law by going to the zonal authorities,” Dukale Lamiso, president of the opposition Sidama Liberation Movement, told AFP.

Abiy told lawmakers earlier this month that a unilateral declaration could force the central government to intervene.

The International Crisis Group (ICG) has warned that the federal government has “no good option.”

Preventing the formation of a state could spark violence, but granting it could trigger unrest between minorities within the region, the think tank says.

The breakaway bid has already led to violence between the Sidama and Wolayta ethnic groups in June 2018.

– ‘Everybody stands for cause’ –

Some Sidama activists are becoming increasingly defiant as the deadline looms.

“Nowadays everybody stands for this cause, and don’t think anybody can mess with us,” said Tessema Elias, a law professor at Hawassa University.

If security forces stymie the new state’s creation, the population is prepared to fight back, he added.

“If somebody unlawfully attacks you, you can repel that unlawful attack, unconstitutional attack, by any means.”

The Sidama issue is the latest headache facing Abiy.

He took office in April 2018 following years of anti-government protests, and won early praise for freeing political prisoners and lifting a ban on political parties.

But the easing of the ruling EPRDF’s iron-fisted rule has unleashed grievances in a country of more than 80 ethnic groups, sparking violence between communities that has displaced more than two million people.

Last month Abiy faced his greatest challenge yet when gunmen assassinated five government and military officials, including the army chief, in what was described as a coup bid in Amhara state.

“The Sidama movement is committed to self-declaration on July 18. The authorities are likely to reject that as unconstitutional, but that could well lead to protests that may trigger violence,” said ICG senior analyst William Davison.

“Yet acceding to self-declaration would be succumbing to activist pressure, and so provide an unwelcome precedent that other southern groups seeking regions could exploit.” 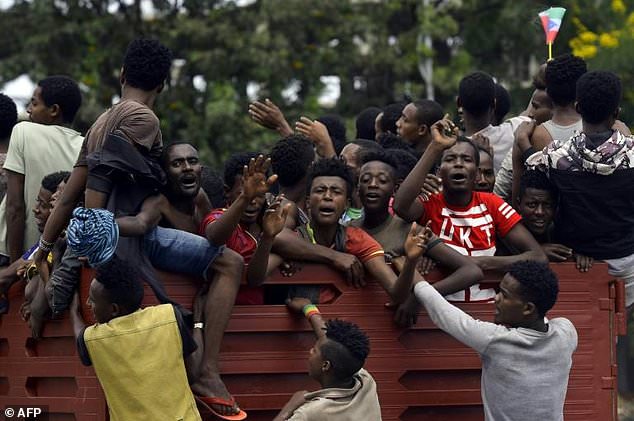 A statement issued Monday night by the Southern Ethiopian People’s Democratic Movement, a member of the ruling central coalition, failed to clarify what, if anything, the government plans to do before Thursday.

The Sidama are the largest group in the diverse region, and many minorities are concerned that a new state would affect their access to resources and government jobs.

The area known as the Sidama zone is up to 10,000 square kilometers (3,800 square miles) — about the same size as Lebanon — although the boundaries of the putative state are unclear.

In 2007, the last time a census was conducted in this fast-growing country, the zone had a population of nearly three million out of 100 million nationwide.

Solomon Mengistu, a member of the Amhara group who was born and raised in Hawassa, said he had no personal objections to the Sidama forming their own state.

But he stressed that activists should try to avoid alienating ethnic minorities.

“They should also ask people like us what we feel about this situation, and pay attention to our feelings,” he said.

So far, though, Sidama activists appear reluctant to listen to alternative views. 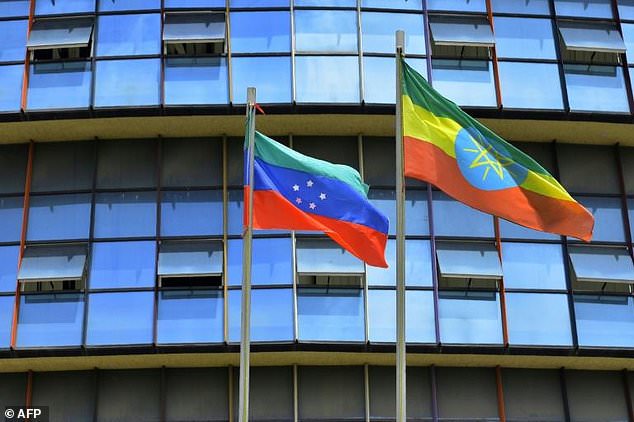 The unofficial Sidama flag, left, next to the Ethiopian national flag in Hawassa, the would-be state’s capital

Even Sidama businessmen who have voiced concerns about what the campaign for a new region could mean for Hawassa’s economy have been condemned in posts on Facebook and other social media.

Tessema Elias, the law professor, dismissed complaints from non-Sidama that the push was divisive and said the creation of a new region was a foregone conclusion.

“It’s about popular determination, and we trust and rely on our people.”