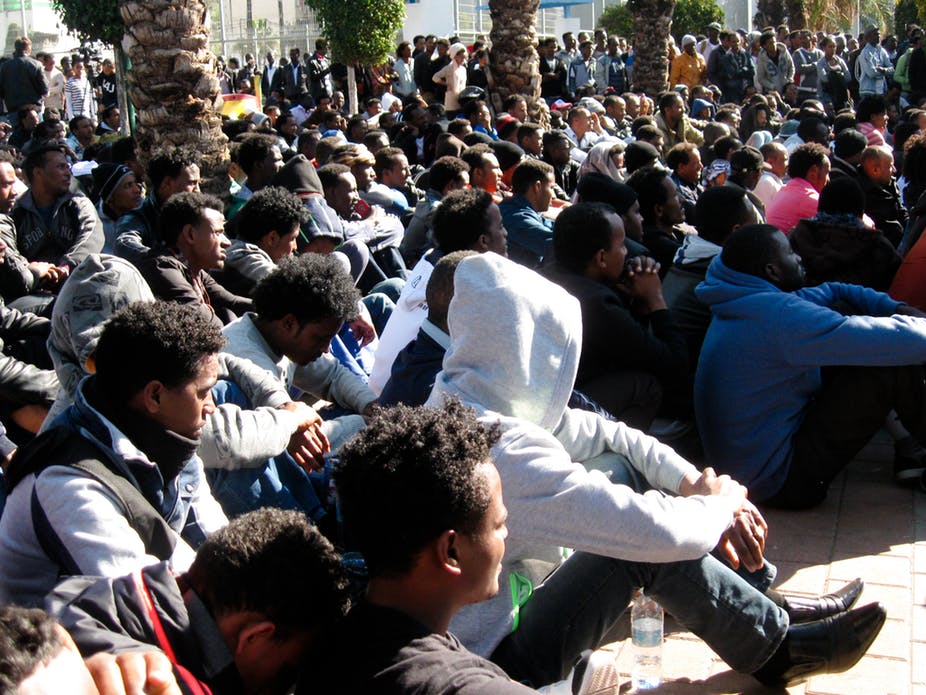 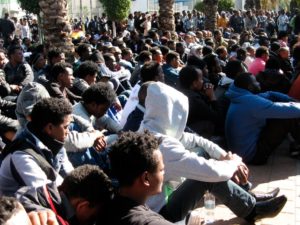 Ethiopia and Eritrea have signed an historic agreement to end the 20-year conflict between the two countries. The breakthrough has been widely welcomed given the devastating effects the conflict has had on both countries as well as the region.

The tension between the two countries led to Eritrea taking steps that were to have a ripple effect across the region – and the world. One in particular, the conscription of young men, has had a particularly wide impact.

Two years before formal cross border conflict broke out in 1998, the Eritrean government took steps to maintain a large standing army to push back against Ethiopia’s occupation of Eritrean territories. Initially, troops were supposed to assemble and train for a period of 18 months as part of their national service. But, with the breakout of war, the service, which included both military personnel and civilians, was extended. All Eritrean men between the ages of 18 – 50 have to serve in the army for more than 20 years.

This policy has been given as the reason for large numbers of Eritreans fleeing the country. The impact of the policy on individuals, and families, has been severe. For example, there have been cases of multiple family members being conscripted at the same time. This denied them the right to enjoy a stable family life. Children were the most heavily affected.

Things look set to change, however. The latest batch of national service recruits have been told their enlistment will last no longer than 18 months. The announcement came in the midst of the dramatic thawing of relations between Ethiopia and Eritrea. It has raised hopes that the service could be terminated altogether.

With that said, it remains to be seen whether the end of hostilities between the two countries will ultimately stem the flow of Eritrean refugees.

The plight of Eritrean refugees

It’s virtually impossible for Eritreans to return once they have left as refugees because the Eritrean government doesn’t look kindly on repatriated returnees. Those who are forced to return to the country face persecution and human rights abuses.

The Eritrean government’s hard line position has led to changes in refugee policies in countries like the UK. For example, in October 2016 a UK appellate tribunal held that Eritreans of draft age who left the country illegally would face the risk of persecution and abuse if they were involuntarily returned to Eritrea.

This, the tribunal said, was in direct violation of the European Convention on Human Rights. As a result, the UK’s Home Office amended its immigration policy to conform to the tribunal’s ruling.

Eritrean asylum seekers haven’t been welcome everywhere. For a long time they were persona non grata in Israel on the grounds that absconding national service duty was not justification for asylum. But in September 2016 an Israeli appeals court held that Eritreans must be given the chance to explain their reasons for fleeing at individual hearings, overruling an interior ministry policy that denied asylum to deserters.

An earlier deal had fallen through after public pressure reportedly caused Prime Minister Benjamin Netanyahu to back out of it.

Eritreans living as refugees in Ethiopia have been welcomed in Australia where they are one among eight nationalities that have access to a resettlement scheme known as the community support programme. This empowers Australian individuals, community organisations and businesses to offer Eritrean refugees jobs if they have the skills, allowing them to settle permanently in the country.

The government has always denied that conscription has anything to do with Eritreans fleeing the country. Two years ago it made it clear that it would not shorten the length of the mandatory national service.

At the time officials said Eritreans were leaving the country because they were being enticed by certain “pull factors”. They argued, for example, that the need for low cost manpower in the West could easily be met by giving asylum to Eritreans who needed just to complain about the National Service to obtain asylum.

But change is on the cards. After signing the peace deal with Ethiopia, Eritrea has promised to end the current conscription regime and announcing that national service duty will last no more than 18 months.

Even so, the national service is likely to remain in place for the foreseeable future to fulfil other parts of its mandate which are reconstructing the country, strengthening he economy, and developing a joint Eritrean identity across ethnic and religious lines.

Eritrea is still a country facing enormous human rights violations. According to the last Freedom House report, the Eritrean government has made no recent effort to address these. The report accuses the regime of continuing to perpetrate crimes against humanity.

If Eritrea pays more attention to upholding human rights, fewer nationals will feel the need to flee. And if change comes within Eritrean borders as fast as it did with Ethiopia, a radical shift in human rights policy could be in the works.