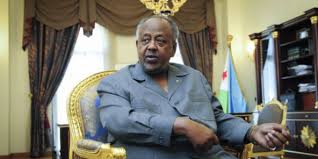 In addition, Mr. Ismail has appointed replacements for the sacked officials.

The minister of finance has been named as Mr. Abdikarim Adan Sher.

Mohamed Warsame Derie was named as the new health minister.

Osman Ibrahim Roble has been named as the labor minister.

The justice minister, Mumin Ahmed Sheikh has been shifted as the interior minister.

Defense minister was shifted as the justice minister.