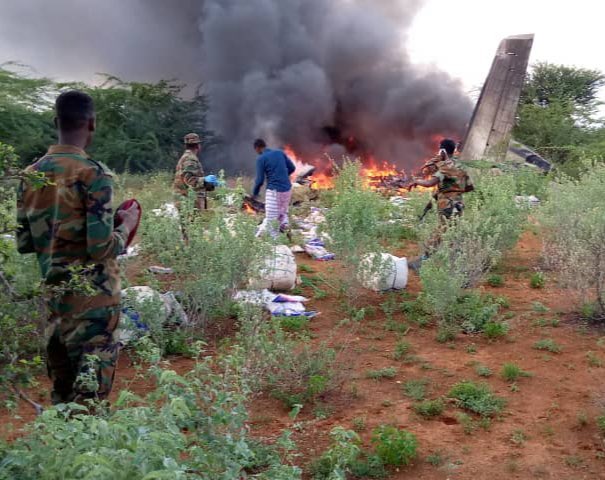 A cargo plane chartered by Kenya-based African Express crashed near Bardale town in Somalia on Monday. All six people on board on the plane were confirmed to have died in the crash. The plane left from the capital Mogadishu ferrying medical supplies to Bardale town in Bay region. There were two Kenyan pilots and two Somali nationalities and the other two nationalities are yet to be determined. The Southwest State minister for transport, Hassan Hussein Mohamed, revealed that the two of the deaths were Somalis. The plane make a short stopover at Baidoa en route to Bardale township before it crashed. The cause of the crash is not yet established. Unconfirmed reports indicate that the plane may have been shot down by a rocket propelled grenade by Ethiopian Forces. The plane’s pilot Hassan son of Cpt Mussa H Bulhan, owner of African Express have been killed. 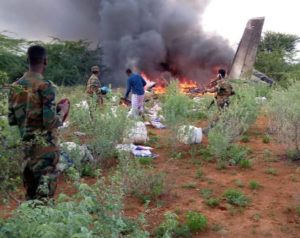 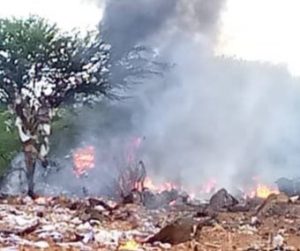 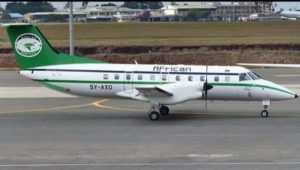