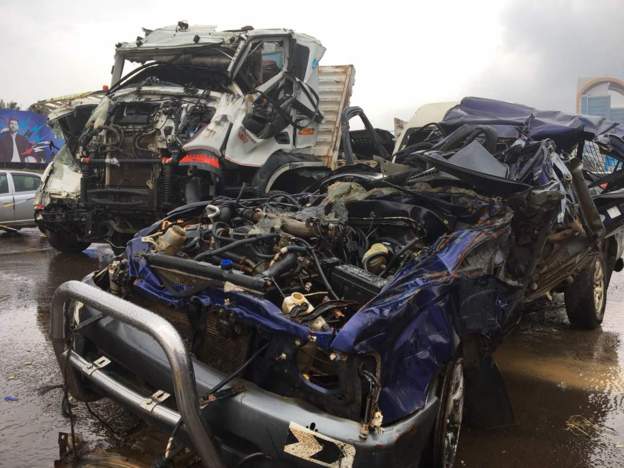 An exhibition of wrecked vehicles has gone on display in the main square of Ethiopia’s capital, Addis Ababa, reports the BBC’s Abebe Bayu.

It has been organised by Samrawit Yirgalem who says she has survived four traffic accidents.

The vehicles have been provided by local insurance companies.

“I need people to learn from this,” Ms Samrawit told the BBC.

“The Ethiopian new year is coming [next month]. So people should make a resolution to have an accident-free year.”

Ethiopia’s transport ministry says that 4,500 people are killed on the country’s roads every year and more than 12,000 are injured because of traffic accidents. 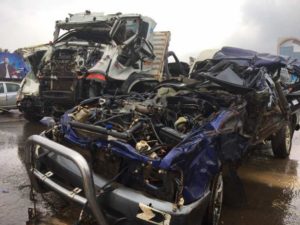 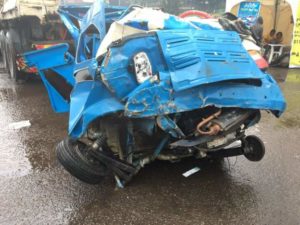 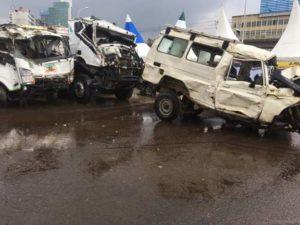