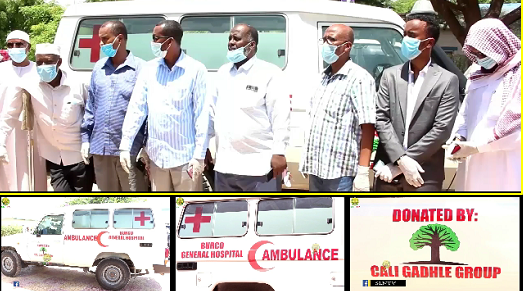 Burao state run hospital has received the first brand new ambulance thanks to the local company, Ali Gadhle. Liban Ali Gadhle, the son of the firm’s owner, has handed over the ambulance to the deputy governor of Togder, Mohamed Abdilahi Ibrahim. The deputy Togder regional governor thanked the company for returning something back to the community as a gesture of goodwill. Hospital authority also expressed thanks to Ali Gadhle firm for the generous donation. The donation was in response to frequent pleas by Burao hospital authority over lack of ambulances in order to serve for patients and has been struggling to provide outreach services due to lack of transport.  Dahabshiil founder, Mohamed Saed Du’ale has also pledged to donate another ambulance. 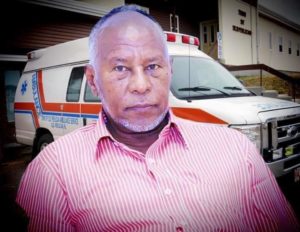