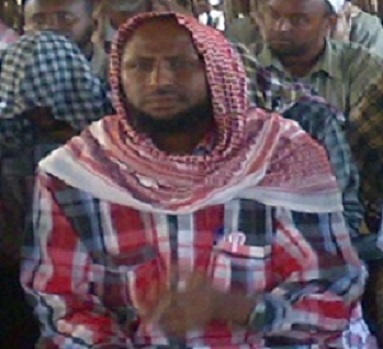 MOGADISHU—Ahmed Diriye, the leader of Somalia’s militant al-Shabab’s group, has released his first message since the Somali army alleged that he had died of cancer in June last year.

Analysis of the 20-minute audio clip, released by the group’s media wing, shows that it was recorded between 22 August and 17 September 2019.

Mr Diriye, who took over the leadership of the al-Qaeda-linked group in 2014 after Ahmed Abdi Godane was killed in a US air strike, spoke on various topics.

The main aim of the message, delivered with energy, seemed to be to prove that he was still alive.

The jihadist leader, thought to be in his 40s, mentioned al-Shabab’s killing of the mayor of the capital, Mogadishu, and the recently concluded and controversial elections in southern Jubbaland.

He also commented on the contentious maritime border dispute between Kenya and Somalia, due to be heard soon by the International Court of Justice (ICJ), saying al-Shabab would not accept any verdict by a foreign court.

Al-Shabab is still able to launch major attacks on the capital and other major towns despite being pushed out of them by the African Union and Somali government troops in recent years.

The Somali military, which is often helped by US drone strikes, has recently launched a major offensive against the group in southern and central areas, which remain under the militants’ control.