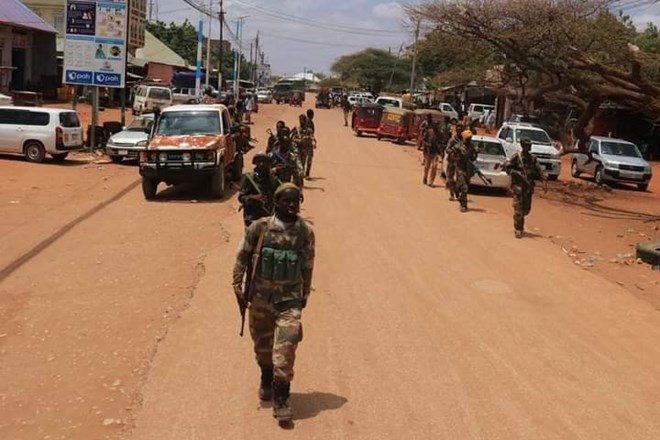 Ahlu Sunna group fighters pulled out from their positions in the town of Guriel in central Somalia on Tuesday night after four days of heavy fighting with Somali army reinforced by regional troops. The fighting displaced tens of thousands of locals.

Sunni fighters’ departure was in line with mediation efforts spearheaded by regional businessman and Senator Abdi Hassan Awale Qaydid, who urged the government to permit a safe passage for the group to exit the town of Guriel.

At least 130 people killed and 600 others wounded during the four day clashes.

Galmudug state president Ahmed Qorqor said that his authority would not accept efforts by Ahlu Sunna to undermine stability and sow division among the population.

The Somali government deployed heavily armed US-trained special forces in Guriel to drive Ahlu Sunna fighters from the town in the deadliest clashes.

Ex-regional minister accused the army chief of turning its attention from the fight against Al Shabab.

There is calm in the town of Guriel on Wednesday after it saw four days of heavy skirmishes between rival troops.