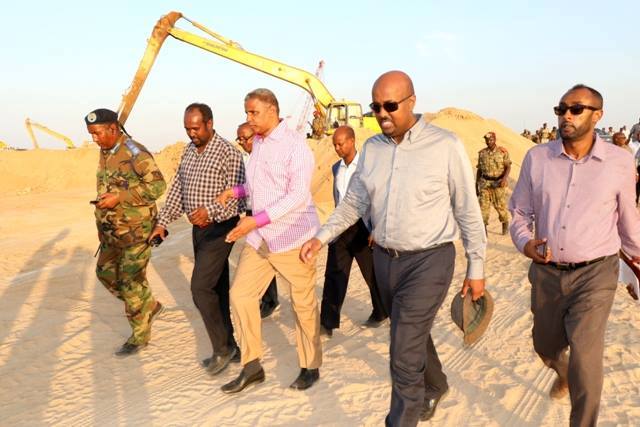 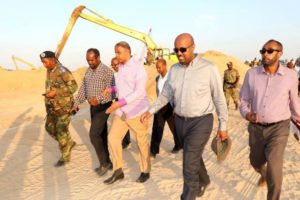 UAE military base in Berbera under construction

Somaliland contributed its share to the competition of the military basing literature going on this strategic Horn of Africa Region. Somaliland hosted UAE to deploy a military base in Berbera airport. But the contents of the lease agreement signed between the two countries remains confidential till now, while the base is under construction. It would be transparent and clearly indicate the economic package, the development projects and security protection that Somaliland is gaining.

By hosting a foreign country to deploy a military base in our unrecognized country was a very risky political move. There are both merits (opportunities) and demerits (Risks) associated in providing access rights to foreign military installation in the hosting country. We clearly know that the demerits would be enmity and country security dangers; but the wonderful story is, what and where are the merits Somaliland received in exchange of these demerits?.
Why the military base in Berbera should mirror that of Djibouti and Eritrea? These two countries receive hundreds of millions of dollars annually as rental income of the bases they gave to foreign powers; together with uncountable development projects as an aid.

Why Berbera military base should have the same economic income value with the former Soviet Union naval and aerial military base in Berbera, which was established early 1970’s? The economic advantage that Somalia gained from that military base was what made its military the 2nd best in Africa south of Sahara; free fuel for all military activities; and over 100 factories and many other agriculture and infrastructure developing projects.

Why Berbera military base rental income should be like the United States leased military base in Berbera in the 1980’s? The USA government built 650 m long deep seaport added to former Berbera port; paying yearly rent costing $60 million; besides training and military ammunition support to Somalia.
Why Berbera military base economic advantage should be like that Somalia gained from inviting Turkey to deploy its biggest ever military base in Mogadishu; including infrastructures building projects, reconstruction of all government buildings, full support of Somalia’s military needs; granting millions of dollars to support Somalia’s annual budget; supporting health, education, agriculture, and humanitarian sectors; as well as business investment projects.

If Somaliland decided this risky move of hosting a foreign military base in Berbera; it is shame to be a base not paying the price of recognition, protection and development. Why Kulmiye governments provide a military base for a country not even recognizing Somaliland’s statehood. It would be conditioned to be a country with global political hegemony, which is ready to recognize Somaliland unconditionally as a sovereign state. Really it is Somaliland’s last bargaining option and opportunity to get recognition, and a main resource to upgrade its economy, to build its military might and to create jobs. If the country it gave military base and the alliances it sided with, did not and will not recognize Somaliland; who else we are expecting to acknowledge us as an independent state?