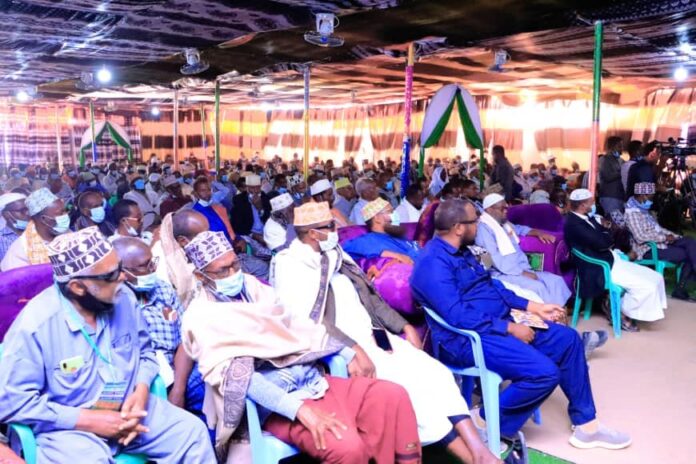 A peace conference ending the conflict between two brotherly clans has concluded in success yesterday, at Yagori district of Sool region.

The meeting between the two communities, Jama Siyad and Mohamed Siyad, taken for 25 days in Yagori District, were the Somaliland government was monitoring, with the presence of the Somaliland Minister of Interior, Hon. Mohamed Kahin Ahmed and a delegation led by him.

Somaliland’s Minister of Interior Mohamed Kahin Ahmed has made significant efforts to ending the conflict between the two communities, as himself and a delegation led by him left the work of their offices, and opted to be present, and monitor the situation of the conference until its ending.

The two communities agreed blood money of 19 persons died during the fighting, with 18 compensated each person 100 camel, according to sharia law, while an Aqil man killed in the fighting was agreed to pay 250 camels,  according an earlier agreement between the two tribes, and each man was paid two thousand dollars for a funeral yesterday.

The elders of the two communities who spoke at the meeting said that they have successfully and independently resolved all differences and animosity that have arisen as a result of the fighting at the Dabar-dalol area.