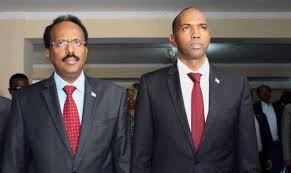 Many believe a change of government will be a welcome upgrade on life under Farmaajo and Khaire. However, don’t count on the hope there is a better alternative out there.

Our country faces so many profound and intractable problems that it would be impossible to try to provide solutions at a stroke. The question was never one of transforming the country in four years, rather how each successive administration takes the small windows of opportunity it has to make incremental progress on which others could then build. In a country of leadership mediocrities, in which most “leaders” prioritise their own agenda over national interest, that is the best the people of Somalia could ever wish for. The hope has always been whoever sits in Villa Somalia will heed the lessons of the past and be marginally better than his predecessor, thereby setting off small incremental improvements. The expectations have always been very low.

Of course, this is easier said than done. We are now in an election cycle again and rather than seeing the incremental change we hoped for, we are re-entering the familiar valley of despair once more.  Terror and corruption are as widespread and rampant as ever; the Army is in disarray; there is anxiety on whether there will be a peaceful handover of power; the economy is in freefall and virulent virus continues to kill; presidential hobbyists are dusting their suits and updating Facebook profiles ready to provide the “alternative”  that nobody knows what it is.

A bewildered nation looks on in disbelief and despair rears its head once again.

One of the indictments of Somalis today is that we like to think ourselves as hopeless without external help. We believe we cannot build our country unless we receive handouts; we are often locked in a dispiriting argument about Qabiil and cannot see beyond Qabyaalad; we are incapable of talking to each other and compromise for our country’s sake and instead revert to the  “international community” to tell us what to do; we knowingly outsource our country’s sovereignty and undermine our nation’s future; we are indifferent to the profound challenges the country faces and prefer to see more extreme balkanisation of the country as the answer. For most, the lack of moral compass to do the right for the country is instinctive and extremely damaging. That is why this mindset has become so embedded that alternatives to do something different to help our country never come to mind or are ever successful.

Why we are failing

In a year where so much was expected to have been achieved, there is a weary sense of inevitability about the next few months. People’s hopes three years ago have now turned into hopelessness, working against the myth that something better will ever be possible.

Take one example: By now, the Constitutional Court should have been up and running able to referee on contentious presidential matters; Anti-Corruption Body that can provide effective oversight over mismanagement of public resources should have been established; a national army that can effectively provide security to send AMISOM on their way; laws that enforce public transparency and the rule of law; courts that can adequately enforce the law, jobs for millions – just to name a few.

Clearly, if a government has a core priority and starts to deliver, it will undoubtedly earn people’s trust. The trouble of course is that a president that delivers on all of the above and builds enduring institutions of government will find himself constrained by the rule of law, its robust enforcement and the deterrent effect to wrongdoing it creates. He may not be able to steal openly; what he does would have to be in line with the law; his priorities would need to be aligned with the nation’s interest. It also means if these institutions work well, another important possibility arises: people may start to ask for good governance and enforce their rights through democracy and the courts. One’s record in office becomes an important benchmark.

However, this is the sort of progress that will unsettle many “leaders” in Somalia. If a president that lacks legitimacy wants to steal for a comfortable retirement; buy votes; or use state resources to silence rivals and stay in power, there is obviously no upside in doing any of this. In this instance, weakened institutions and absence of clear governance and rule of law are means of ensuring he has his way and stays in power. That is why the judicial and legislative branches hardly exist in Somalia today; there is confusion about constitutional settlement and rule of law; and no Somali Army that can defend the country. This is not merely accidental, nor unique to the current administration. It is all part of the plan to stay in power and profiteer at people’s expense.

This also shows the most dismal feature of Somali politics today and how personal agenda always sits in contradiction with national interest. The lack of personal integrity, responsibility and accountability for doing the right thing for the people is normalised. Whilst Qabyaalad is often offered as an excuse of why things are failing, the reality is very different: Qabyaalad is the fig leaf that covers personal ambition and greed. The people of Somalia yearn for good leadership, security and jobs, irrespective of whoever is in Villa Somalia.

Now, the question is then who will be the alternative to Farmaajo and Khaire? Is there anyone with a credible plan of government?

The tragedy is that, given the hunger for change, one cannot be confident that the presidential hobbyists who are all now filling up the Opinion Pages and airwaves will have the fresh thinking needed to save the country. Barely a few months before parliamentary and presidential elections, no one has any clue what these “opposition” parties stand for, let alone what they plan to do if elected.

Everyone is focused on mud-slinging and responding to the day-to-day news of the government, rather than setting out a vision for the country. No ideas on how to support healthcare and economy to navigate the impact of Covid-19 to save lives and livelihoods; no plan on how to deal with resurgent terror; build a national army and security systems; address rampant corruption; provide a platform for reconciliation; constitutional arrangements and rule of law; safeguard the country’s sovereignty; and no plan to how to build credible institutions of government.

In other words, they claim to be the “alternative” but have no alternative to offer.

This time in 2016, the talk was about how rampant corruption and poor leadership tipped the country into turmoil and despair. Today it is the brazen system of consigliere and an unrelenting profiteering from the country’s resources; state forces used to silence political and civil opponents; non-existent judiciary and a neutralised parliament dressed in Villa Somalia uniform; and malevolent Maamul Goboleed egged on to balkanise the country.

You can already hear the highfalutin wail to the “international community” for help to intervene. This is the destructive power of our self-fulfilling prophesy and indeed why we are failing as a nation.

Abdi Ali can be reached at abdirahman.ali3@gmail.com