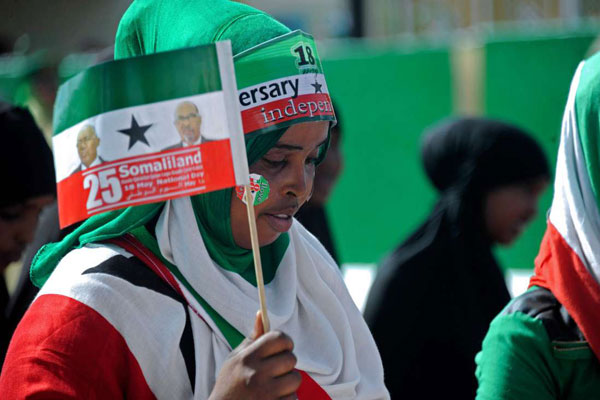 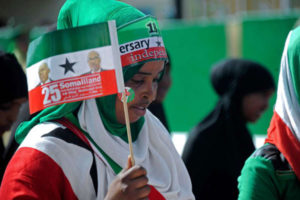 On 7 July 2018, an amended electoral law that allocates 20 percent of parliamentary seats to women is expected to be presented and discussed at the Somaliland Parliament. This ceiling is short of the 30 percent female political participation rate advised by the Beijing Platform for Action. However, if approved, it would be a reasonably good starting point considering the Somaliland context.

electoral law incorporating the women’s quota will be presented. It is also not clear if a draft for discussion or finalized amendment will be presented to Parliament, however, it is important to ensure adequate participation and consultation of all stakeholders. Women’s groups were not specifically

due to the existence of loopholes that can be exploited by political parties, it is advisable to involve

experienced women in the process.

If it comes up for discussion, the women’s quota clause will likely face significant opposition. In 2010

President Ahmed Mohamoud Silanyo campaigned on a platform of greater women’s political participation, assuring the female electorate that he would sign into law political quotas for women. He

did not fulfil this pledge after his election, citing Parliament as the bottleneck. Moreover, it is a lost opportunity that the educated women around him, be it in his family or cabinet did not pursue the issue

In 2017, President Muse Bihi also campaigned on a similar platform and he is to be

commended for initiating tomorrow’s motion which proposes to establish women’s quota on the electoral lists at the political party level. Women expect that he will succeed in passing and enforcing the

law since his party has a majority in Parliament, though it is unlikely the issue will be subject to the usual political party divisions. Quite the contrary the women’s political quota may unite men across party lines and their arguments will be on different levels. While the women’s empowerment discussion has evolved in Somaliland over the

past two decades, there still remain poweful groups opposed to having more women in decision-

making. They continue to cite religious and cultural factors as barriers, and are either unaware of or

women’s greater participation in public life. More than any other factor, such changes are necessitated by economic pressures that are beginning to be felt or expected to be felt in the near future. No country

will achieve sustainable human development without educating and involving women who represent half the population, in the economy. Countries that have realized this are amending their legislation.

We can also expect opposition from men who believe that allocating a share of the seats will reduce their chances of becoming MPs by allocating 18 out of 82 seats to women. But rather than stating their

unwillingness to share the pie, this group will likely cite opposition on religious and cultural barriers. It

would be difficult for women to win any debate with this group of men. Other men have recently advanced arguments that question women’s quotas on technical grounds but Somaliland should learn

from the experiences of other countries. Affirmative action and quotas have played a signficant role in increasing women’s political participation in countries where women face discrimination in elections.