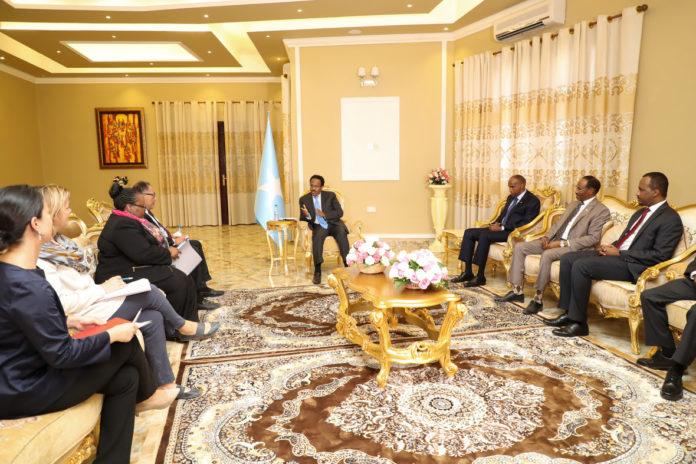 The Prime Minister of the Federal Government of Somalia, Hassan Ali Khayre has met the Vice President of the World Bank, Hafiz Ghanim, who arrived in the country today and commissioned the opening of the new World Bank offices in Mogadishu.

The meeting attended by IFC regional director for Africa, Ms. Jumoke Jagun-Dokonmu assessed the acceleration of debt relief for Somalia and job creation for the young people in the country.

After the meeting, the Minister of Finance Abdirahman Duale Beyle and the vice president of the World Bank jointly briefed the media on the outcome of the meeting.

Prime Minister Hassan Ali Khayre thanked the World Bank for its support to the Somali people and the government and assured that the government would continue with its efforts to ensure Somalia’s debt is relieved by February 2020.

After meeting the Prime Minister, Hafiz Ghanim held a joint meeting with the President of the federal government of Somalia, Mohamed Abdullahi Farmajo and Prime Minister Hassan Ali Khayre.

The President who praised the government’s efforts to secure debt consolidation and improve the financial management system thanked the World Bank for its continued support of the Somali people and government.
The federal government of Somalia has strengthened its effort on economic reconstruction and managed to meet all the requirements waiver of Staff-Monitored Program SMP1, SMP2, iyo SMP3, SMP4. 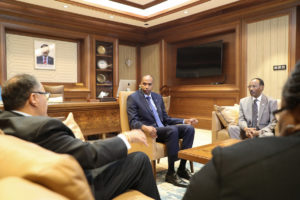 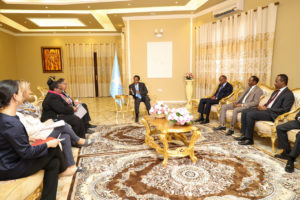 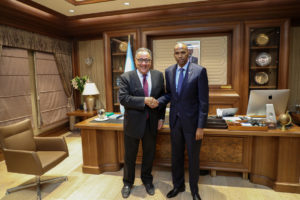 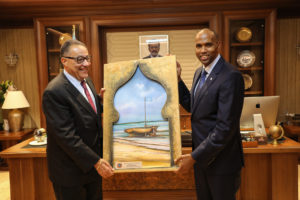 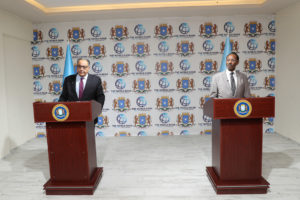 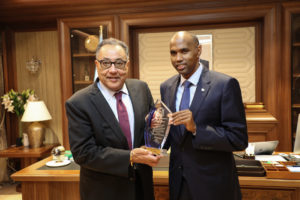 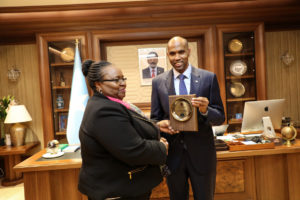