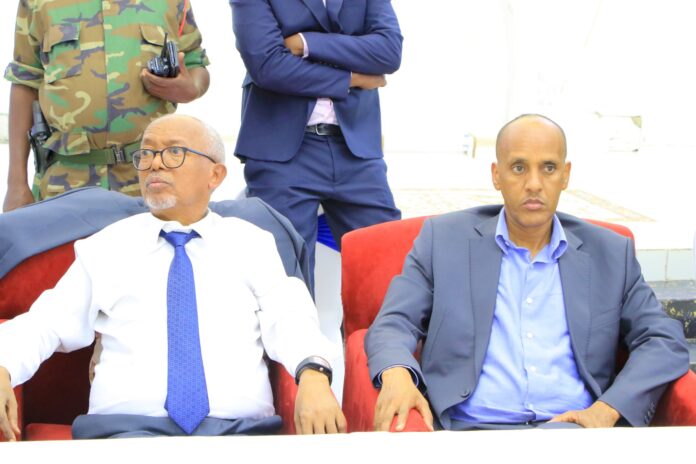 The delegation was led by Honorable Mustafe Muhumed Omar, the president of Somali regional state in Ethiopia who has paid an official working visit to the republic of Somaliland on Tuesday.

The Somali regional state president in Ethiopia together with his accompanied delegation was warmly greeted upon reaching Tog-Wajale, a town that links Ethiopia to Somaliland.

Awdal’s provincial governor, Mr. Mohamed Ahmed Alin, has thanked the communities living in Borama who hail from Somali regional state to accord a warm welcome to the president and his delegation.

Ministers of Technology plus the minister of investment from Somaliland were part of the government officials that greeted the visiting delegation headed up by Mr. Mustafe Agjar.

Head of security of Somali regional state in Ethiopia, Mr. Mubashar Dubad Rage, has thanked the SL government and its populace for the cordial reception that have been accorded to them.

He reiterated that Somali regional state in Ethiopia and Somaliland have common mutual interests in the areas of security, trade and development of education.

The president of Somali regional state in Ethiopia, Mustafe Agjar is due to deliver a speech tomorrow to students at Amoud University. 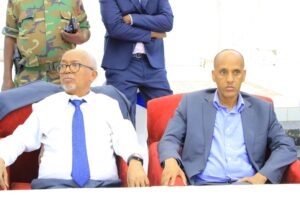 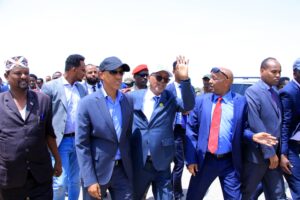 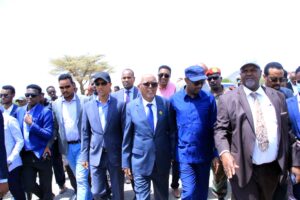 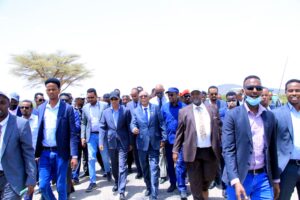