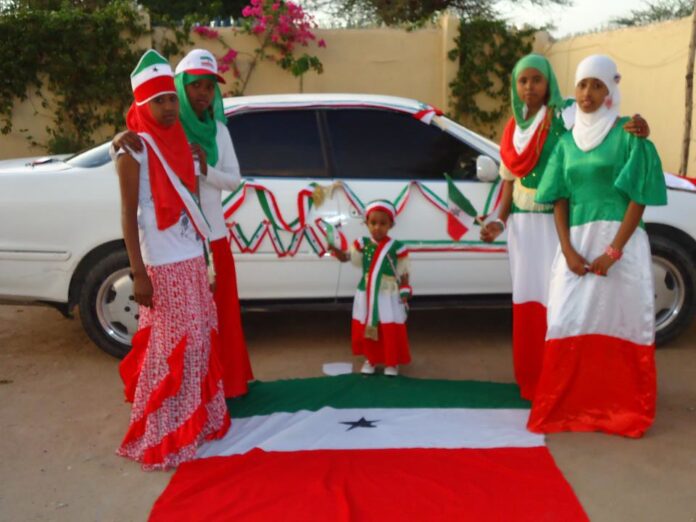 Even as the White House denied Somaliland an invitation to last month’s US-Africa Leaders Summit, Congress was handing the de facto state a key diplomatic win in its annual Defence bill.

The dueling signals lay bare the dichotomy between an executive branch that remains officially wedded to a “One Somalia” policy and a legislature that increasingly views Somaliland as a rare reliable partner in an increasingly unstable region.

“The Horn of Africa faces an increasing number of complex challenges, yet the State Department continues to work off outdated policies and diplomatic frameworks that don’t meet today’s challenges,” James Risch, the top Republican on the Senate Foreign Relations Committee, said in a statement following the passage of the National Defence Authorisation Act (NDAA).

The law, he pointed out, “will require the United States to explore all possible mutually beneficial relationships with stable and democratic partners, including Somaliland.”

The NDAA contains several provisions, both symbolic and practical, that deepen US ties to Somaliland while stopping well short of formal recognition.

Notably, the bill represents the first time that reference to Somaliland has been codified in US law since the territory declared its independence from Somalia in 1991. The bill however does make clear that it is not meant to convey US recognition of Somaliland “as an independent entity.”

“Language differentiating between Somaliland and Somalia and its federal member states is actually a significant symbolic achievement for Somaliland,” Somaliland’s US envoy Bashir Goth tells The Africa Report.

“In recent years, US government interest in Somaliland was minimal and engagement between our governments was occasional, and not particularly strategic. So we believe the NDAA will change that dynamic.”

On a practical level, the bill empowers Somaliland by helping the territory – and its allies in Congress – quantify exactly how much assistance the State Department and the US Agency for International Development (USAID) are earmarking for Hargeisa, and whether federal authorities in Mogadishu are withholding any of it.

“Somaliland for a long time was complaining that whatever […] financial assistance that has been allocated by the United States government doesn’t reach Somaliland,” Goth says.

Mogadishu, he says, does “whatever they want with it. And Somaliland doesn’t want to beg.”

The report on foreign assistance, which is to be shared annually with Congress for five years, will finally show “how much we get, where it is spent, who is spending it – you know, transparency for the whole thing,” Goth says.

With that information from US policymakers in hand, Goth hopes, “the Congress will be after them. They’ll be asking questions all the time.”

The bill also calls for the State and Defence departments to cooperate on a “feasibility study” of whether it makes sense to deepen collaboration with Somalia and Somaliland on national security interests.

The study would also ascertain the “practicability and advisability” of improving the “professionalism and capacity of security sector actors” in Somaliland and the Federal Member States of Somalia.

The study requirement comes as the Department of Defence has been looking at the port of Berbera as a possible basing alternative as China increases its presence in next-door Djibouti, home to Camp Lemonnier, the only permanent US military base on the continent. Last May Gen. Stephen Townsend, the then-Commander of US Africa Command (AFRICOM) visited the port, and just last month AFRICOM hosted tabletop exercises with Somaliland.

In another sign that Congress has doubts about the current strategy of working through Mogadishu, the NDAA includes a separate provision requiring reporting on efforts to train and equip federal Somali forces.

The provision notably seeks clarity on any plans to track the progress of the training and advisory efforts; procedures for accountability relating to equipment provided by the US; and factors that have hindered or may hinder “the development of professional, sustainable, and capable Somali forces.”

While Somaliland welcomed the new law, it risks undermining US ties with Somalia which had begun to improve under President Hassan Sheikh Mohamud.

Less than a week after President Biden signed the bill into law on 23 December, Somalia’s Ministry of Petroleum and Natural Resources put out a statement accusing London-based oil company Genel Energy of violating Somali sovereignty with its operations in Somaliland. Somaliland awarded Genel an exploration licence in 1992.

Somaliland’s own Ministry of Energy & Minerals quickly shot back with its own statement asserting its rights.

For Goth, the blow-up over Genel is at least partly tied to the NDAA. Adding to the geopolitical tensions, Genel is expected to start drilling an exploration well this year in partnership with OPIC Somaliland Corp., which is backed by CPC Corp. of Taiwan – one of the few countries to have diplomatic ties with Somaliland, which has upset both China and Somalia.

“It’s a way that Somalia says, ‘we are in control of Somaliland, Somaliland is a part of Somalia,” Goth says. “It’s kind of just sending a message like that.”