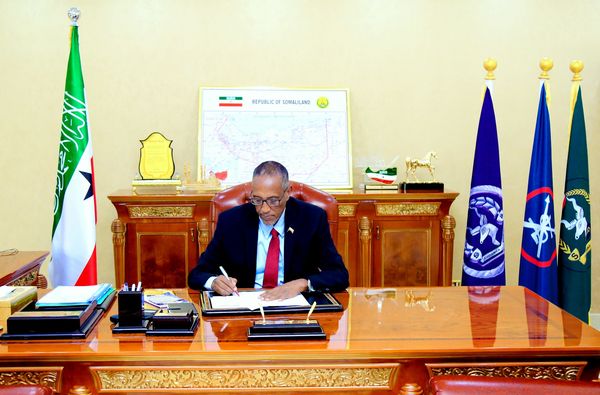 Somaliland President H.E Musa Bihi Abdi has dismissed his Public Works Minister according to an official statement from the Presidential Palace on Wednesday.

He was one of the longest serving cabinet ministers in Bihi’s administration.

Abdilahi, who was dismissed on Wednesday previously held Road and Transport Ministerial portfolio since Bihi came to power in 2017.

No official reason was given for Abdilahi Abokor’s dismissal, but official statement from the presidency cited that it is the prerogative right of SL’s Head of State to exercise his constitutional powers to dismiss or appoint government officials.

” Today, the President of the Republic of Somaliland H.E Musa Bihi Abdi terminated the duties of the minister of public works, Abdillahi Abokor,” the SL Presidency announced

The President of Somaliland while exercising his powers enshrined in the constitution has shifted the minister of labor and social affairs, Mustafe Mohamud Ali Bile alias Godane to the Public Works Ministry.

At the same time, the Head of State H.E MUsa Bihi Abdi has appointed Mr. Ali OMar Mohamed alias “Ali Xorxor’ as the new minister of Labor and Social Affairs.