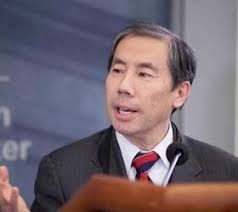 US ambassador to Somalia, Donald Yamamoto is due to pay first official visit to Hargeisa, Somaliland. The veteran US diplomat served as Djibouti and Ethiopia ambassadors. Mr. Yamamoto is no stranger to the Horn of Africa as he was appointed to post in July last year. The US ambassador to Somalia who has been stationed in Mogadishu came under fire from political analysts why he has not paid a visit to Somaliland earlier. Mr. Donald is expected to arrive in Somaliland in the days to come and is due to hold talks with President Bihi. The US has abolished the dual track policy and is believed the Mr. Yamamoto was the brain behind the stopping it.