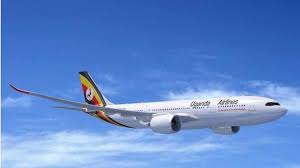 The Ugandan airlines has announced the start of flights to Hargeysa, the capital of Somaliland.

The news comes a month after it resumed direct four weekly directly flighst to Somali capital, Mogadishu on late August.

The airlines said it will soon add into its schedule eight other new routes including Kinshasa, Zanzibar, Asmara in Eritrea, Lusaka, Harare, Johannesburg Djibouti and Addis Ababa.

According to the Uganda Airlines CEO, Cornwell Muleya, the addition of the new two fleet on Monday was a big boost to their operations especially in the region in a bid to dominate the industry.

The carrier received two new Bombardier CRJ900s to grow their fleet to a total of four aircraft.

Uganda Airlines also expects to get two new Airbus planes in the next two years for long-distance flights and early this year orders for the A330-800 airliners were affirmed.

The national carrier commenced commercial operations on August 28 and is currently operating direct flights from its hub in Entebbe to and from Nairobi, Mombasa, Dar es Salaam, Kilimanjaro, Juba, Bujumbura and Mogadishu.