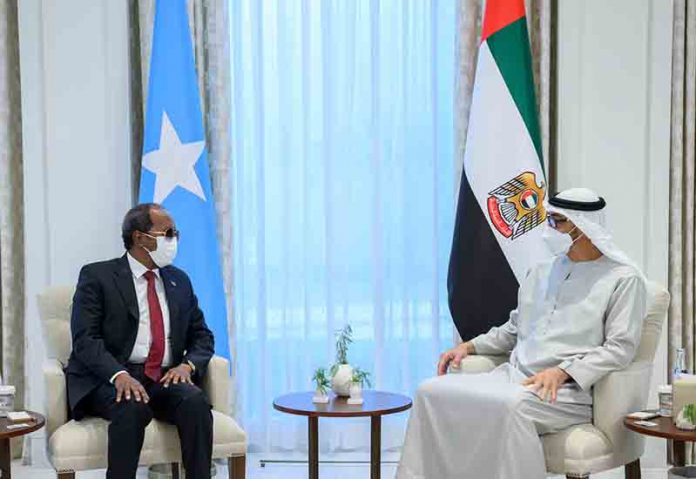 The leaders discussed ways to enhance cooperation on trade, security and a number of other forefronts, including visa flexibility. UAE President thanked to his Somali counterpart for accepting his invitation to visit Abu Dhabi.

On Sunday, Somali President departed for the United Arab Emirates on his first foreign trip since his re-election last month. His trip which was expected to last for two days was extended after members of his delegation tested positive for COVID-19 delaying meetings with UAE officials.

Mohamud quarantined for days at a hotel in Abu Dhabi after coming into contact with people who had contracted the virus, though an initial test of him came back negative.

The UAE is expected to help Somali authorities tackle a worsening drought that has displaced tens of thousands of people and is due to reopen a hospital in Mogadishu, which was closed following dispute with previous government in 2018. It is also due to resume military training to Somali security forces.