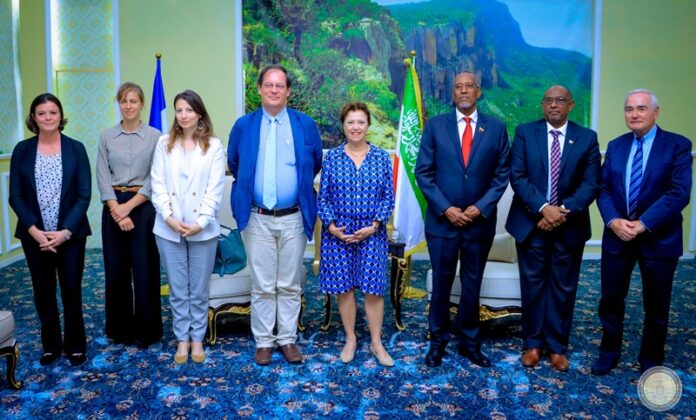 The Head of State of the republic of Somaliland H.E Musa Bihi Abdi yesterday hosted a high level delegation headed up by the French ambassador to Kenya,  Amb. Aline KUSTER-MENAGER, who is on an official working visit to Hargeisa, Somaliland capital.

During the meeting, the two sides talks focused on the bilateral ties, the upcoming elections, trade cooperation and the stalled talks between Somaliland and Somalia.

The high level meeting between the President of Somaliland and French delegation ended in mutual understanding of the issues that were discussed.

FM of Somaliland Dr. Isse Keyd flanked SL Head of State during the meeting at the presidency.