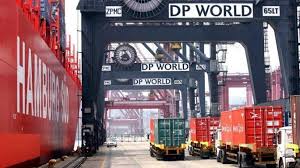 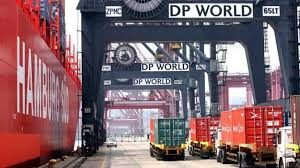 ABU DHABI, 6th August, 2018 — There are enormous merits in governments partnering with the private players on projects that require huge amounts of capital, said the Khaleej Times in an editorial on Monday.

“The potential benefits of public-private partnerships are recognised globally as the private sector’s involvement in most cases has improved efficiencies and ensured timely completion of projects. DP World’s involvement in Doraleh Container Terminal in Djibouti is a classic example. The Doraleh Container Terminal today is the largest in Africa. It has been able to realise the potential because of the government’s partnership with DP World. The Dubai-based port operator is the fourth largest in the world and has significantly invested in infrastructure development,” the paper added.

It went on to say that over the years, the container terminal had become one of the largest employment generators and contributed significantly to the local economy.

“However, the seizure of the terminal by the Djibouti government highlights the lack of accountability in the African country. The Djibouti government annulled the contract in February and now refuses to acknowledge the verdict of the London Court of International Arbitration that favours the rights of DP World to operate it,” the Dubai-based daily continued.

“It is a blatant breach of trust. The African nation insists it annulled the contract to protect the rights of its people. But it is hard to believe so. Last month, the country opened the first phase of a US$3.5-billion free trade zone, which has large investments from Chinese companies. It is in violation of the exclusive rights granted to DP World. Djibouti, and in fact a few other African countries that have similarly taken over projects, should remember that such cases of expropriation would make multinational companies think twice about long-term investments in the continent.

“Surely Africa has a lot of resources and as the focus shifts from the West to the East, and Africa, countries there would need the support and expertise of the established players to make the best of the opportunities,” said the English language daily.

It concluded, “There is no denying that sovereign governments are obligated to protect public interests and they should take decisions in the best interests of their country. But in this case it is more profits that seem to be the ulterior motive. DP World is in Djibouti to do business, and the partnership could have been mutually beneficial. But rampant corruption, weak institutional framework and lack of accountability have marred the project. Djibouti should be mindful of the consequences of such a move.”