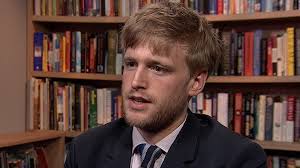 Senior Research Fellow Charlie Winter delivered an address at the open meeting of the United Nations Counter-Terrorism Committee on countering terrorist narratives and preventing terrorist use of the Internet, which was held on 29 May 2018 in New York. You can watch the recording here. 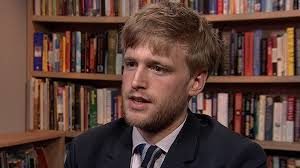 Jihadist extremism has never been more prevalent than it is today: while its existence is most overtly intractable in war-ridden states like Syria, Somalia, Yemen and Afghanistan, there are now few places that have not been touched by violent activism in its name.

As jihadism globalised in recent years, so too did it fragment. As of 2018, it had ceased to be the unipolar system that it once was, instead becoming an archipelago of competing factions characterised by vicious antipathy, with the two dominant actors—al-Qa’idah and Da’esh—entering their fourth year of overt civil war. While their enmity for each other could end up hindering the ideological contagion in the long-term, it has made the movement metastasise in the short-term, leaving it both more aggressive and more widespread. As such, the need for a collaborative global response is greater now than it has ever been.

At the heart of the jihadist insurgent’s arsenal is the information space—it is, at once, their greatest strength and greatest vulnerability. Outreach—online and off—is no longer just an asymmetric tool, it has become a fundamental pillar of their war. Similarly, narrative dominance is now regarded as a decisive commodity, something to be exploited, shaped and weaponised.

The international community must reclaim ideational predominance in this battlespace. Having spent the last four years embedded in Da’esh’s online networks, tracking the evolution of its official media, I can say with confidence that now is the time to do that: global jihadism is facing a crisis, one that can and should be exploited—especially in the context of Da’esh.

Recent developments in Iraq and Syria pose a critical—and perhaps even existential—challenge to its triumphalist brand, and, in narrative terms at least, it is more vulnerable than ever. This matters because a definitive blow to Da’esh could well be a definitive blow to jihadist terrorism writ large.

A comparison of the group’s branding priorities in August 2015, January 2017, and January 2018 illustrates the extent of the tectonic shifts that have taken place within it in recent years. When it was at the zenith of its territorial and ideological might in 2015, Da’esh’s branding operations were principally geared towards bolstering recruitment, and, to that end, were dominated by depictions of utopian governance and military might. By early 2017, though, it was straining to maintain this vision, and its attempts to evidence the ‘utopia’ had become laboured. By the beginning of 2018, its communication priorities had once again transformed: with the consecutive string of defeats it faced in Mosul, Raqqa, Bukamal and Mayadin, the caliphate lost control of its heartlands in Iraq and Syria and, along with that, its ability to flood the world with propaganda. Indeed, while the quality of its audiovisual output remained high, the quantity had collapsed to a fraction of it once was.

Nowadays, Da’esh seems to have set itself onto a new, less communicative trajectory. Its utopian idealisation of reality is still there, but it is much scarcer than in years gone by; so too have its war- and victimhood-focused materials become fewer and farther between. Moreover, while its affiliates in Afghanistan, Egypt and Yemen are proportionately more active than they were from 2014 to 2017, this should be taken as a sign of weakness, not strength. The caliphate idea has had to change to accommodate the new circumstances of its real-world manifestation—part and parcel of that adaptation is the shifting of its existential emphasis away from Syria and Iraq towards territories that are further afield.

To make the most of the opportunities brought on by Da’esh’s thematic reorientation, the international community must aggressively use strategic communication campaigns to undermine its control of the future caliphate narrative—this has become a battle for legacy, not land, and Da’esh no longer has the initiative.

In Iraq, this can be achieved by easing and amplifying the return to normality—to social justice, economic stability and fair elections—experienced by the peoples just liberated from Da’esh rule. In Syria, the way forward is significantly more challenging. There, policy must focus on delivering tangible action, not words, for it is only through the peaceful resolution of that conflict that jihadism there can truly be subdued. Outside of Syria and Iraq, international policymakers must focus on the long-term, recognising what it is that gives rise to organisations like Da’esh—namely, bad governance, social injustice, and protracted conflict.

Whatever happens, it is crucial that all involved understand that counter-strategic communication campaigns levelled at Da’esh could end up aiding al-Qa’idah if they are wrongly calibrated. The two groups’ rivalry is not a zero-sum game, but a loss for one could still end up being a win for the other—and that could prove to be catastrophic.