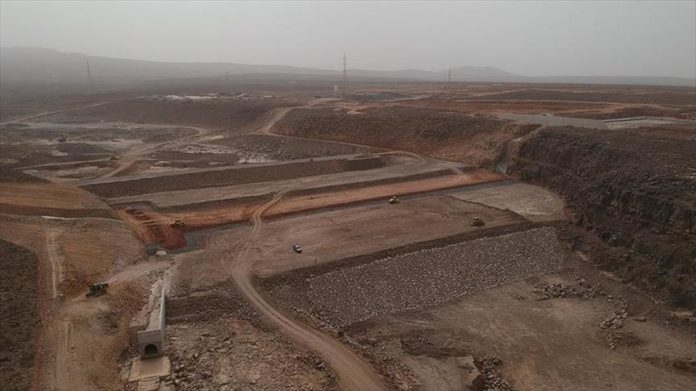 DJIBOUTI, Djibouti–A water dam being constructed by a Turkish state-run agency near Djibouti’s capital will help prevent flooding and introduce vital agriculture in the Horn of Africa nation.

Turkey is building Ambouli Friendship Dam with an outlay of €17.5 million ($20 million) in the arid Red Sea coast nation of Djibouti, where intermittent flooding hit the city.

The dam being built by Turkey’s State Hydraulic Works is aimed at minimizing the effects of flooding, Ahmet Utku Oktay, the project operations manager at the site, told Anadolu Agency.

“The water to be stored in the dam will also be used as an irrigation agriculture scheme,” Oktay added.

The project was started in 2017 and is believed to be fully completed in June, 2019.

Djibouti, an arid country of less than one million people, has been importing food from neighboring Ethiopia. Although it is arid, intermittent floods hit the city of Djibouti when it rains in the surrounding highlands.

“The dam’s stock volume stands at 14 million cubic meters and 100 percent of the cost is covered by the Turkish government […]” he said.

The project has provided job opportunities to 100 people, who are local inhabitants.

He said Turkey has carried out several socioeconomic projects aimed at benefitting the people.

A pediatric hospital is in the pipeline and a 50 percent construction work of dam has been completed, Altinok said.

Also, a mosque built by Turkiye Diyanet Foundation (TDV) in Djibouti will be inaugurated in February, 2019.