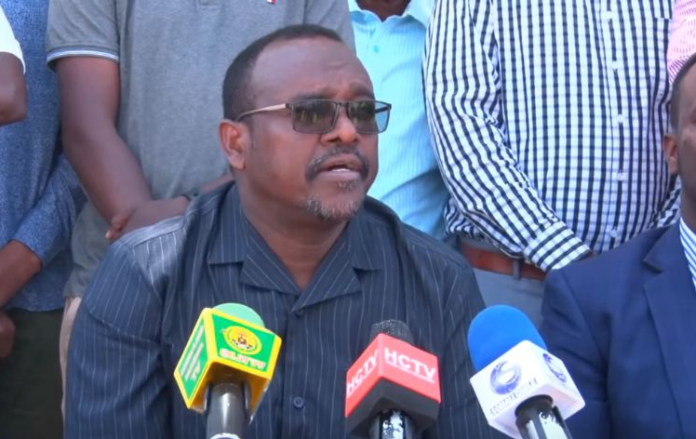 The minister of water resources development from Somaliland has indicated how Somaliland perceives the removal of Puntland state assembly speaker.

The minister Honorable Sulieman Ali Kore has said that Somaliland government is receiving him and has recognized as true patriotic Somaliland citizen.

The minister has spoken of the way that Mr. Dhoobo has been ousted from post.

He clearly stated that Puntland provincial authority was not in compliance with the laws as stipulated by the constitution.

He cited that the process of ousting was totally unlawful.

Speaking about the former Puntland state assembly speaker, the water affairs minister has added that he will be welcomed in his homeland but on a condition that he will accept Somaliland sovereignty as a nation.

The minister speaking on behalf of the government, he said that Mr. Dhoobo is among the individuals that has been told that Somaliland belongs to all.

He expressed thanks to the residents in the eastern provinces of Somaliland for showing their anger and wrath against the illegal removal of Dhoobo from the post of state assembly speaker.