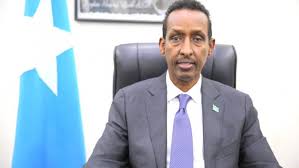 The Federal Government of Somalia is seeking an investment in the long-chaotic Horn of Africa country which has untapped reserves of numerous natural resources, including Oil and Gas.

The country is currently facing big challenges, including security and threat of the Al-Qaeda and ISIS-linked militant groups who hold swathes of territory, is trying to bolster the flagging economy.

Minister Awad said that Somalia is a virgin country rich in natural resources, fisheries, fertile agricultural lands as well as livestock, noting that benefiting from this wealth will end unemployment and violence.

He said Africa has a number of investment opportunities with eligible land for agriculture, livestock keeping and other potentials which are yet to be fully exploited.

The theme for this year’s meeting is ‘Partnering for Sustainable Development,’ with the meeting involving the participation of 29 ministers from Nordic and African countries.

The meeting was expected to discuss ways of advancing peace and security as well as promoting trade and investment between Africa and Nordic countries.

The Africa-Nordic Foreign Ministers’ Meeting is an important annual forum for informal and open-minded discussions between Africa and the Nordic countries.

The meeting, which discussed ways to promote peace, security, trade, and investment, was attended by some 29 African countries and Nordic countries such as Norway, Sweden, Denmark, and Finland.

The Somali Minister of Foreign Affairs and International Cooperation called on Nordic countries for strategic partnerships in tourism and investment to help the Federal Government rebuild the nation.

During the meeting participants are expected to discuss investment opportunities, trade, peace and security, crosscutting issues like climate change and development partnership among individual countries.