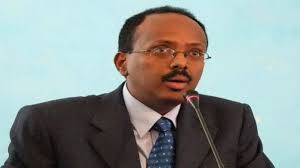 The trip that the Villa Somali leader was supposed to fly to Rwanda was cancelled in the last minutes yesterday. The plane that was supposed to carry the leader of Somalia was informed that Kenya closed its airspace and this was reported according to officials at Aden Adde airport. The Civil Aviation officials at Adden Adde airport in Mogadishu apprised of the Somalian leader that Kenya refused to allow that his chattered plane could use the airspace. It was reported that a decision was reached that the plane should use another airspace in order the president’s trip to go ahead. There was a technical problem that led to the cancellation of the trip that the Somalian leader was supposed to travel to Rwanda.