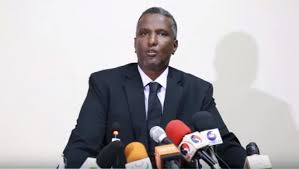 Somalian opposition leader has lambasted the gov decision to break diplomatic ties with the West African country of Guinea, describing it unwise step.

The leader of Wadajir party, Abdirahman Abdishakur, said that cutting ties with a country that does not have a diplomatic presence with Somalia shows the lack of maturity and shrewd-ship of Farmajo’s leadership

Mr. Abdirahman further went to say that the governments of Ethiopia, Djibouti, and Kenya in the past accorded Somaliland officials with similar treatments whilst the gov of Somalia did not react nor did it cut diplomatic ties.

There is lack of coordination among Somalian gov and this further worsens the deteriorating ties between Somaliland and Somalia.

On Thursday, the Somalian gov announced that it severed diplomatic ties with Guinea, accusing of disrespecting the territorial integrity and sovereignty of Somalia.

This comes following the official state visit that Somaliland president H.E Musa Bihi Abdi embarked to Guinea, the West African country and was given the red carpet treatment upon arriving Conakry International airport. The Guinean FM received Somaliland president and his entourage at the airport.

The Somalian FM, Ahmed Isse Awad, speaking to Somali BBC, once asked why Somalia hastily broke its ties with Guinea and not cut diplomatic ties with Kenya. The FM responded that Somalia is showing a lot of patience since Kenya and Somalia are neighboring countries and there is a lot of that they exchange.