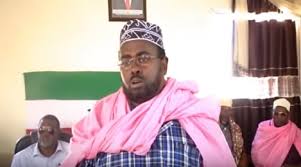 Hargeisa–The assailants that killed two Somaliland police officers in Garadag are reportedly to be in government hands according to reports. Traditional elders in Garadag have handed over 4 prime suspects who have taken part in the plot which saw the gunning down of two police officers in line of duty. The elders have promised to aid and abet the government in nabbing the remaining ones who are hiding from law enforcement agencies and who mastermind the plot which saw the killing of two police officer who were in action.

The traditional elder by the name of Mr. Buurdmadow told in an interview that his clansmen have decided to arrest the perpetrators of this barbaric killing and to bring them before the justice. He also spoke of that his clansmen are contented with whatsoever decision that the bereaved families set to take concerning the killing of their loved ones. The president of Somaliland placed the three districts of Erigavo, Garadag and Eil Afwein under state of emergency following the slain of two police officer who were killed in Garadag.