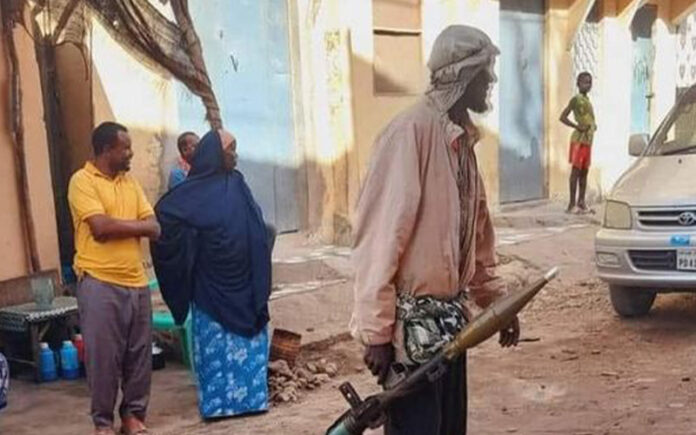 Heavily armed clan militias bolstered by a faction of the army entered the central Somalia town of Baladwayne, where tensions inflamed by reports of regional President Ali Gudlawe’s visit triggered mass protesters and a build-up of troops on Tuesday.

Thousands of residents have taken to the streets of the town early in the morning to protest against Gudlawe’s anticipated visit, which would be the first to the town since he was elected in November 2020. Residents and clan militias earlier prevented several attempts by the regional leader to arrive in the restive town.

Troops loyal to a rebellious army commander Nur Dhere backed by clan militias took over the control of parts of the town amid a rival of buildup of troops made by forces allied with the regional administration.

It has come after local media reports suggested that Gudlawe and Somali president Mohamed Abdullahi Farmajo split over talks with rebellious ex-army officer General Hut, who is the leader of armed militias against Hirshabelle authorities.