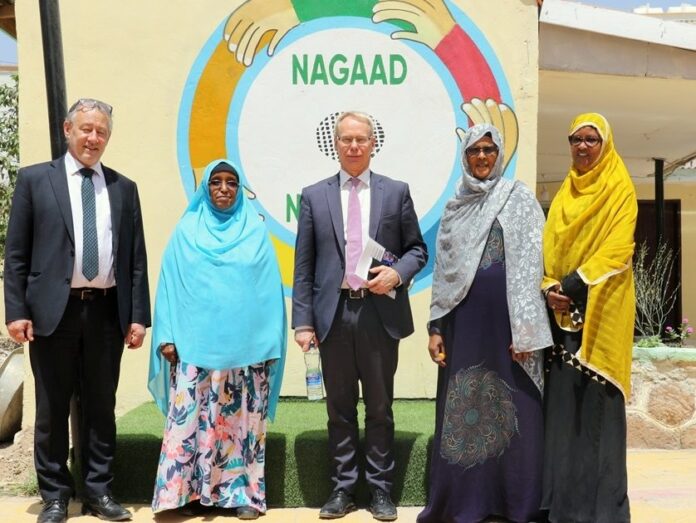 At the meeting, we’ve discussed several issues with a focus
The recent fire in Waheen Market which as per the preliminary findings is estimated to be worth billions of dollars was destroyed after a fire tore through the main market.
Waheen was one of East Africa’s largest commercial centers. It is estimated that the immediate economic devastation to the region is over 2 billion, Human suffering however extends well beyond the economic devastation damage. The fire has displaced thousands who depended on the market as traders, retailers, contractors, and supply chain participants, having lost their primary source of income. Many have been left homeless the harshest impact is on Women and children It will take generations to recover from a disaster of this amplitude.
The Ambassador extended his support to the ongoing efforts of rebuilding Waheen Market to help lessen the pain and Hardship of the poor businesses who’ve lost everything, on the other hand, we praised the support and goodwill from the delegation.
Furthermore, NAGAAD Network discussed with the delegation on their planned humanitarian Aid to support the affected communities by the fire and their efforts specifically women street vendors who are the most vulnerable people affected by the fire.
The meeting was worthwhile and the delegation perpetuated their collaboration with NAGAAD Network.