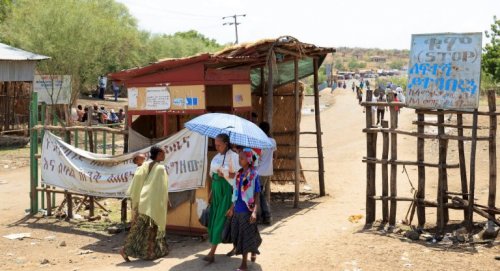 February 15, 2019 (KHARTOUM) – A joint meeting between Sudanese and Ethiopian officials would be held on 23 February to discuss ways to combat cross-border crime and implement agreements to end border encroachments.

The governor of Sennar State, Abdel-Karim Musa, said he recently discussed with the Ethiopian Ambassador to Khartoum, Shiferaw Jarso, ways to secure the border between his state and neighbouring Ethiopian regions.

He told the semi-official Sudan Media Center (SMC) the meeting also discussed the situation of the Ethiopian community in Sennar as well as ways to enhance bilateral relations between the two countries.

Furthermore, Abdel-Karim said the meeting discussed recent border encroachments, pointing out that some Ethiopian farmers have cultivated lands at El-Dinder National Park in violation of the agreements signed between the two countries.

For his part, the Ethiopian Ambassador said a meeting between experts from both countries would be held to resolve the border issues through the border demarcation committee.

He also praised the role of the Sudanese army in maintaining security on the joint border between the two countries.

Earlier this month, there were media reports that Ethiopia’s Foreign Minister, Workneh Gebeyehu, has warned that Sudan’s failure to curb continued arms smuggling into Ethiopia through its border may lead to cutting diplomatic relations.

On the other hand, it is noteworthy that the current borders between Sudan and Ethiopia were drawn by the British and Italian colonisers in 1908. The two governments have agreed in the past to redraw the borders and to promote joint projects between people from both sides for the benefit of local populations.