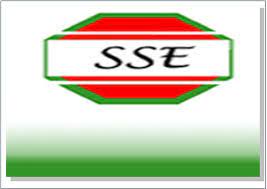 We, the Somaliland Society in Europe, declare here that recent letter by the Federal Government of Somalia claiming that Somaliland is part of Somalia and cannot drill oil in Somaliland without authorization was affront to Somaliland Republic sovereignty. Somalia has no legal or military power to stop Somaliland from drilling oil in their country because Somaliland is  the sovereign state and     Somaliland was under protection of UK Government from 1884 to 26 June, 1960. During colonial times, its official name was Somaliland British Protectorate and achieved independence from United Kingdom on June 26, 1960. Immediately after independence, Somaliland was recognised as a sovereign state by over 30 countries. Because of chauvinistic winds of 1960, Somaliland immediately had unratified unification with Somalia.

There was no significant formal, ratified agreement between then newly independent states of

Somaliland and Somalia because:

Somaliland reclaimed its independence from Somalia after 30 years of injustice and devastating Union and restored its political institutions of independence attained on 26 June 1960 from the Great Britain. Somaliland currently exercises lawful sovereignty of its independence of June 26, 1960 based on the following valid, legal points:

Somaliland’s independence restores the colonial borders of the former British Protectorate of Somaliland and therefore does not violate the principle of uti possidetis – that former colonial borders should be maintained upon independence – which is enshrined in the Consultative Act of the African Union (Session in Cairo, UAR, from 17 to 21 July 1964).

(a) a permanent population;

(b) a defined territory;

(d) capacity to enter into relations with the other states..

Our message to  the international stakeholders

(A) We call upon the international community to accept the factuality that Somalia has no de facto jurisdiction, no legal basis for its claim on Somaliland and no relevance on the political processes in Somaliland
(B) We express our concerns that if Somalia continues with its sinister plans to spoil the peace and stability Somaliland has achieved without support from the international community by pitting Somaliland communities against one an other, or by derailing our economic progress, the security of the wider region of the Horn of Africa and the Gulf of Aden will be comprised. Therefore, having seen the laws above, Somalia has no legal power or government authority to claim Somaliland.