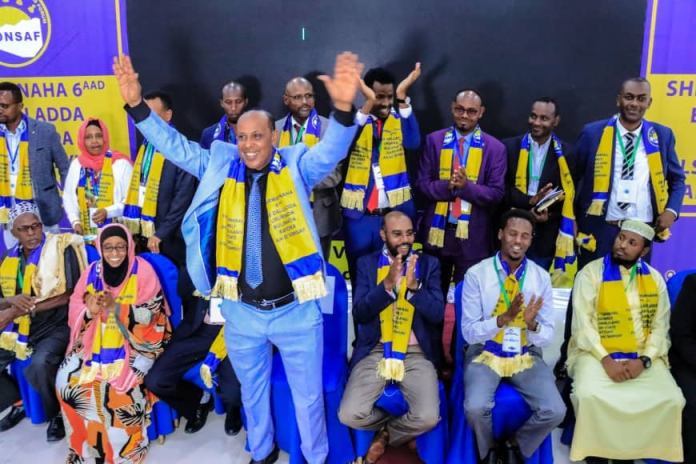 The 6th General Assembly meeting of Somaliland’s Non-State Actors Forum (SONSAF) was held at Ambassador Hotel yesterday and elected new board of directors. The newly elected Chairperson will lead SL’s Non-state Actors Forum for the upcoming three years. The GA was attended by cabinet members, political national party officials, Supreme Court Chief Justice, chair of national election commission, chair of chamber of commerce, officials from int’l organizations and delegates from non-state actors forum and other guests. Chairman, deputy chair, secretary general and executive committee were chosen during yesterday’s GA meeting which was wrapped up. Mr. Anwar Abdirahman Warsame was elected as the new chairman for a second term after he served three years in office. Ms. Amina Farah Arshe was chosen as the deputy chairwoman who held the post previously. Mr. Mohmed Said Hersi was elected as the secretary general while Sonsaf’s finance controller was chosen for Mustafe Abdilahi.

The new SONSAF chairman, Mr. Anwar Abdirahman ” speaking after his re-election spoke about the stages that Sonsaf went through and his achievement during his tenure in office. He also talked about the crucial role that Sonsaf played in the last concluded combined parliamentary and local council elections. SL’s Interior Minister, Mohmed Kahin, said that the int’l community praised SL’s progress that Civil Society organization achieved over the years. Chief Justice Hon. Adam Haji Ali thanked Sonsaf for the pivotal role it played during the recently concluded parliamentary & local council elections. He revealed that some of the funds from the int’l community are channeled via SONSAF. He also said that Somaliland is well known for its role when it comes to civil society organizations. Information, planning ministers, NEC chairman, and officials from the political parties commended the job done by SONSAF during the elections. SONSAF is an umbrella that represents all walks of life including religious, traditional leaders, universities, traders and civil society organizations. It was founded in 2008. 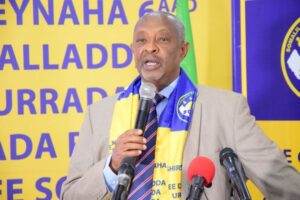 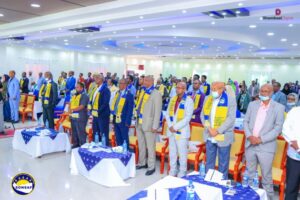 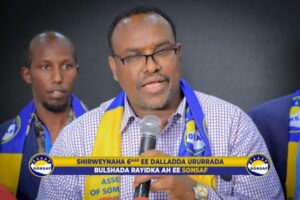 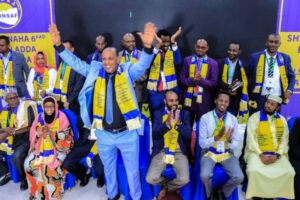 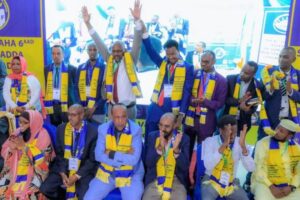 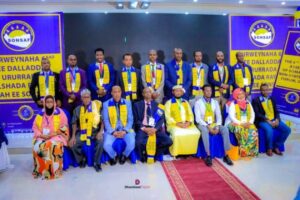 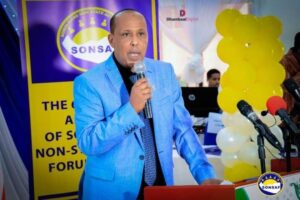 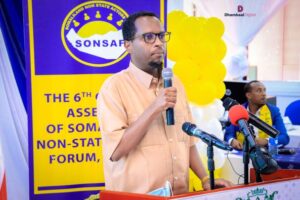 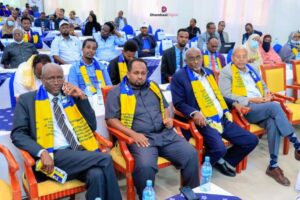 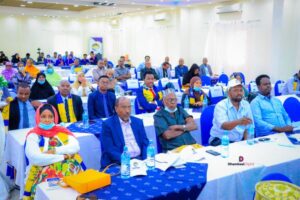 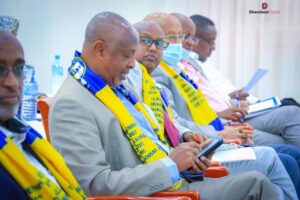 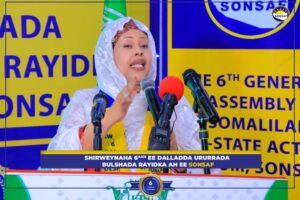