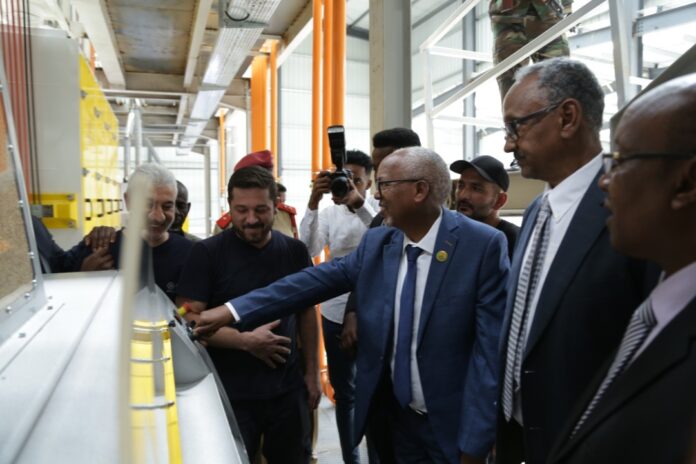 Somaliland’s VP H.E Abdirahman Abdilahi Ismail Sayli’i officially inaugurated a new flour mill dubbed Boodhari Mills on the 30th of August, which  is fully operational with a milling production capacity of up to 100 tons per day. This comes after the successful installation and the construction works were completed. Prior to the launching of the flour mill, the management was preoccupied with the acquisition of wheat plantations across the country. The ground breaking ceremony of inaugurating Boodhari Mills was held at the Flour Mill Complex in Abaarso which is located in the outskirts of Hargeisa. According to the chairman of the new Flour Mill, Mr. Abdirahman Ahmed Nur, disclosed that the flour facility will cover up to 10 percent of flour consumed in the country in the short run. Mr. Abdi Nur said that the  forecasted market coverage is 30 to 40% percent of the flour production in the long term which is a real achievement for the national economy. He emphasized that the production of the flour facility will be a resolution to the predicaments when it comes to food security, inflation and creating employment opportunities for Somaliland youth. Abdi Nur said: ” We will invest millions of US dollars to the farming communities, we will educate the farmers on know-how to set up modern farming. It is a task at hand which is a national achievement.”  Boodhari Mills Investment department manager, Mr. Mustafe Ibrahim said that 45 % of the shareholders are women. He announced that all the funds spent on the construction and the installation of the flour mill has been paid up front. He added that the facility is not in debt and thanked the shareholders from Puntland regional authority that Boodhari Mills management will visit Puntland. Ms. Suhur Hassan Abib, who is among the female shareholders of the flour mill, expressed thanks to guests who attended the inauguration of the new flour mill complex. She reiterated that the realization of Boodhari flour Mill will play a huge role in the county’s production, job creation, and educate SL people on partnerships. Minister of  Trade, Tourism and Industry Mr. Mohmud Hasan Sa’ad, said that Boodhari Mills management taught us lessons on partnership. He stressed that progress can be achieved through partnership. In his remarks, the VP of Somaliland, Abdirahman Sayli’i, emphasized that it is a duty on each and every Somaliland citizen to invest the country. The new parliamentary speaker, Hon. Abdirisak Khalif, urged the trade ministry to waiver taxes when it comes to the industries in the country in order to motivate manufacturing plants in Somaliland. Wheat farming plantations are located on Dad Madheedh, Gebiley, Sanaag and Awdal provinces. The management assists the farming communities in terms of seed distribution,  and handing over farming equipment to the farmers. As per the deal reached between Boodhari Mills and farming communities, the management will buy the wheat from the farmers. 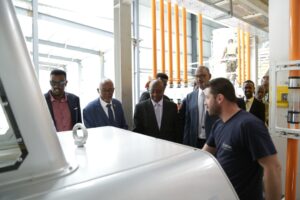 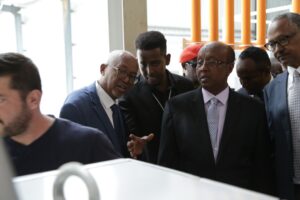 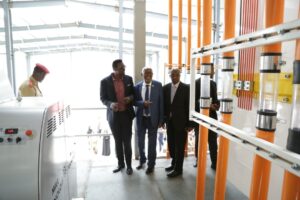 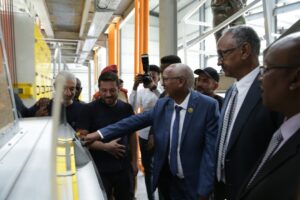 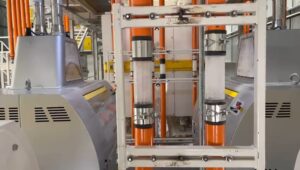 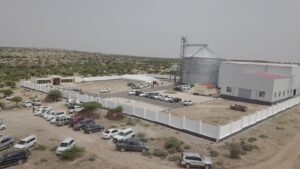