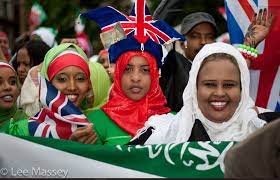 The dissolution of unions between Senegal and Gambia, between Egypt and Syria, the new republics emerging from the former Soviet union in 1989, the new republics emerging from former Yugoslavia in 1995, the case between Ethiopia and Eritrea etc all that did not need any referendums but they just retained and reclaimed their previous independence and recognition. Somaliland is not exception.

An African country is granted independence and recognition for having exclusive colonial borders only, and that is British Somaliland Protectorate Borders. Somaliland has that condition fulfilled. Soon or later, Somaliland recognition is unstoppable.