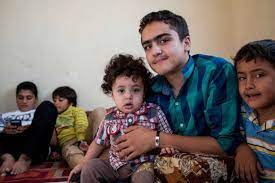 The Yemeni diaspora in Somaliland have elected a new chair after more than 400 members have voted. 24 candidates have contested the election which lasted a period starting from 6 am to 6 pm local time in Hargeisa. The new elected members are expected to strengthen the nexus of Yemenis in Somaliland and will address any of their complaints to the govt of Somaliland.

SL’s Interior Minister, Mohmed Kahin came at the polling site shortly after vote counting was finalized for observation. Some of the Yemeni communities in Somaliland who spoke to the media stated that they have gained enough experience of holding free and fair polls since they have arrived in Somaliland. They have also decided to implement it in action and expressed their optimism that their country will one day hold free and fair polls as they have done it here in Somaliland. They said that the election of the new leadership will bring unity among them and pledged to proceed in the next years to come.