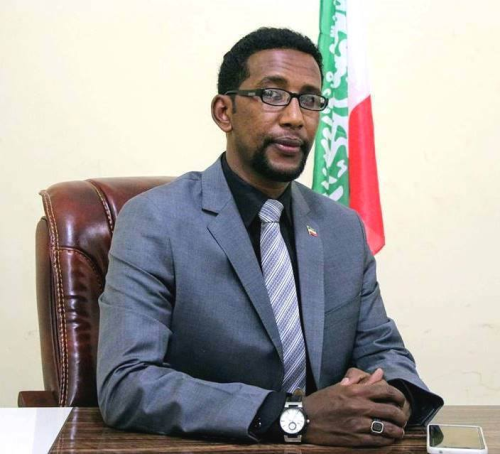 The spokesman of Wadani party in Somaliland has dispeled ill health rumors that he said was circulated by the ruling Kulmiye party. Mr. Barkhad Jama Hirsi has stated that Wadani chair is currently in Findland and that he is fit as a fiddle. “The chairman is healthy and there is no problem in regard to his well being.” Said the spokesman. The spokesman further added that the chair of the party acted in different capacities once being the House speaker and the chair of the national political party. Mr. Barkhad went to say that he is now in Finland and is staying with his family and children. The spokesman revealed that other senior officials are executing the daily duties of the party and address the concerns in the country once they arise. He blamed on the ruling party of making scapegoat after failing to hold comprehensive polls in Somaliland then they are resorting to speculate rumors regarding the health of Wadani party chair. The spokesman of Somaliland main opposition party said that the news of the ill health is a story du jour for Kulmiye party members only.