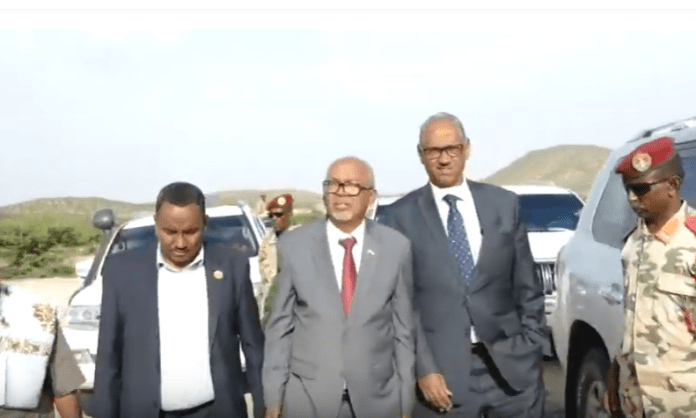 The delegation led by the VP was received at Goriyo Awl which is on the suburbs of Borama. The mayor, the governor, the local councilors greeted the VP and his entourage upon arrival. The mission behind the unexpected visit embarked by the deputy president to Borama is still unclear. The minister in charge of agriculture, Ahmed Mumin Seed, speaking to the press, said that the mission behind the trip is to talk to the locals. He stated that since the presidential election in Somaliland, the VP and members of the cabinet did not have the chance to speak with the locals about their concerns. He ruled out the rumors that the delegation was to discuss with elders on the parliamentary seats that was allocated for the upcoming elections. The ministers of agriculture and trade are with the VP.