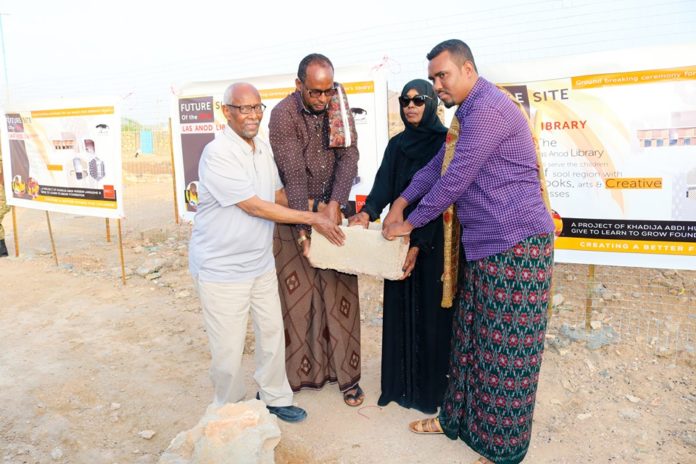 A family from Lasanod, Sool’s provincial capital demolished their residential house in the heart of the township and laid the foundation stone of turning it into library where kids less than 10 years of age would receive education and discipline.

Lasanod regional mayor, the secretary of Lasanod city hall and Mr. Ahmed Said Naleye as well as his family members have jointly laid the foundation stone of the new building.

The mayor speaking at the ceremony where the foundation stone laid said that the move taken by the family deserves to be emulated.

He urged others to follow suit the example that this family has made.

The family established “Give to learn to Grow foundation” and provided scholarships to students in Sool and Sanaag provinces.

The family which is engaged in philanthropy has taken over a school in Fiqi Fuliye that is part of Sanaag region where it has 250 students.

The family also funded Abyan primary school which lies in Lasanod and was built in the 1940’s.

Dahabshiil and Somtel hosted luncheon banquet in honor of family that took an important step in the right direction by donating their lot of land for public benefices.

The family wants to be part of improving access to education by young kids.