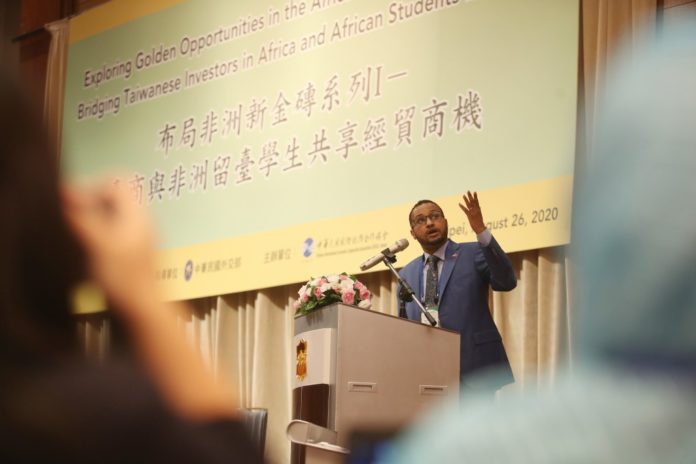 TAIPEI (Taiwan News) — The first-ever representative of Somaliland in Taiwan said his country will open its office in Taipei early next month, CNA reported Wednesday (Aug. 26).

Hargeisa, the capital of the self-declared East African state, which is not recognized internationally, saw the opening of a “Taiwan Representative Office” on Aug. 17, with reports that the two might be working toward official recognition.

Somaliland’s Representative in Taiwan Mohammed Omar Hagi Mohamoud, told CNA that his office would officially start operating no later than Sept. 9 with five members of staff from his country and two Taiwanese employees.

Two of his compatriots had already arrived from Somaliland to take up their positions, the representative said. On Wednesday, he attended a seminar about Taiwan-African relations organized by the Chinese International Economic Cooperation Association (CIECA, 中華民國國際經濟合作協會), in his first public appearance since ending compulsory quarantine after arriving in Taiwan on Aug. 7.

Mohamoud said ties between the two existed on a “formal” level, with agreements worked out between the two conceivably to be signed by the foreign ministers. The main issue, the representative continued, was that neither Taiwan nor Somaliland were members of the United Nations yet.

Despite pressure from China, the links between Taiwan and Somaliland do not threaten any third country, he emphasized. Somaliland is an independent sovereign nation, and its ties with Taiwan are peaceful and mutually beneficial, with no other country allowed to tell the African nation with whom it could or could not develop relations, Mohamoud told CNA.