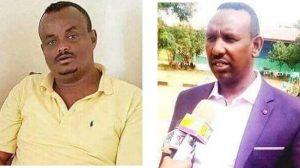 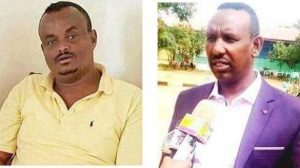 The Somaliland Government has not yet decided the fate of duo ministers arrested at Egal Airport on last Tuesday.

The two ministers are believed to be the right hand of deposed leader of Ethiopia’s Somali State, Abdi Mohamud Omar a.k.a “Abdi Iley’.

The former leader is said to be under house custody in Addis Ababa, Ethiopia’s capital and is awaiting to be brought behind a court of law.

The minister of education and the justice minister, Hon. Ibrahim Adam Mahad alias “Ibrahim Sacab” and Abdi Jamal Ahmed Qalombi were caught while they were trying to leave for Niarobi and were about to depart from Hargeisa airport. The two ministers were caught just on Tuesday which coincided with the marking of Eid Al-Adha.

Senior officer of Somaliland’s home affairs  ministry said that the two officials are caught for sneaking into Somaliland while hiding from border police patrol and customs officials. They were also apprehended while they were trying to leave Somaliland unidentified. It is possible that Somaliland might extradite the officials to Jigjiga, the seat of Ethiopia’s Somali State.