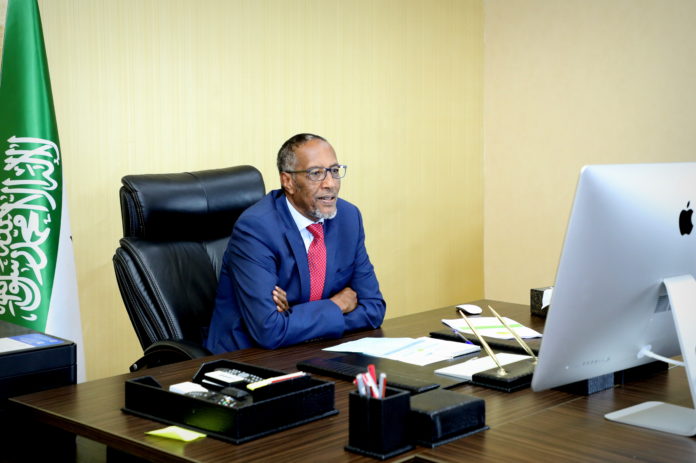 The problem experienced in various hospitals countrywide as concerns oxygen for medical use will now be a bygone issue once 6 oxygen production machines reach the country.

This was revealed at the 60th cabinet meeting chaired by the Head of State that deliberated through video conference on Thursday 2nd July 2020.

A press release dated the same day noted that the country had already acquired 410 oxygen cylinders for medical use.

The meeting which dwelt on the security situation of the country, the coronavirus (Covid-19) pandemic and the locusts menace also tabled the employment policies that are to be emphasized on.

The council of cabinet of ministers noted that the general security situation was quite stable. They were briefed on the ongoing pacification meetings going on at El-afweyn that notes that the elders of the warring parties will be meeting in the course of the week.

The ministers appealed to the members of the public to be wary of the pandemic and that they must uphold the prophylactic and associated preventive measure to ward off the malaise.

They revealed that facilities and associated implements in the fight against Covid-19 has largely been availed at major hospitals across the country.

The spokesman of the Presidency Mr. Mohamoud Warsame Jama said in the press release that testing machines in the major hospitals were in serviceable, good and working conditions hence the tests, even random ones, were being done.

He said that new ambulances have been supplied to Erigavo, Las-anod and Borama, hence pointed out that Burao was supplied by one previously and that of Berbera has been repaired.

Six machines that would manufacture oxygen are to be received soon by the government hence the already 410 cylinders would amply be filled perpetually as needed.

The agricultural minister told the council that the first phase of spraying the locusts was already done in the western parts of the country and the eastern regions will see similar spraying exercises commence in the coming week.

The Labour, Social Affairs and Gender ministry availed at the meeting its national policy on job creation hence the council is expected to peruse through the document and as such they needed more time.

The council praised the national COVID-19 secretariat and remained the nation to heed its guidelines on preventing the disease.