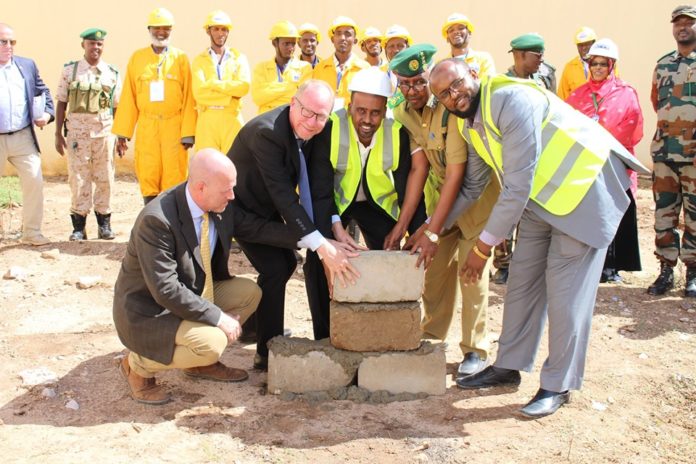 On May 20th, the Director General of the ministry of justice laid the foundation stone of the expansion of Hargeisa main prison which will see the addition of new buildings. The UK government is funding the project which will see the addition of brand new complex to the old one. The DG Hon. Abdirahman Hasan Ismail, speaking at the ceremony, reiterated that the ministry of justice and the gov is committed to reform the basic services at the correctional facilities particularly the health of inmates.

It was recent when the ministry of justice inked a deal with local university which was aimed at educating Somaliland inmates across the nation. The deputy chief of corrections, Brigadier Hasan Ali Dheere was also in attendance. Officials from the foreign and commonwealth office, Axiom firm and Najah construction firm attended the event.